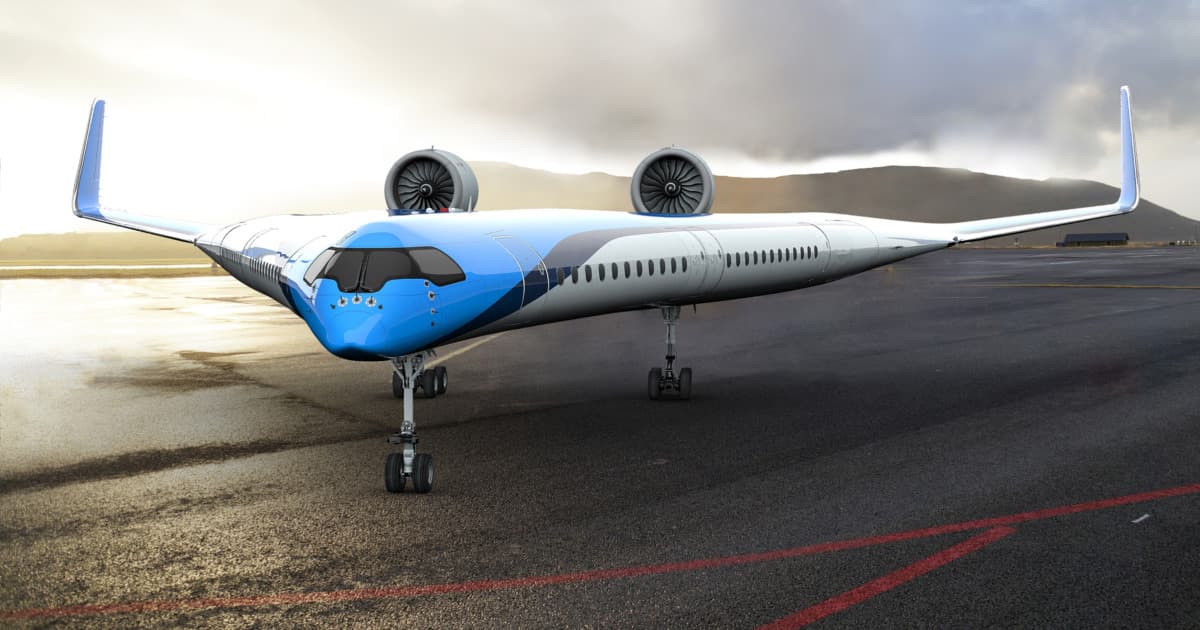 Engineers Test Jetliner Where You Ride in the Wings

For the first time, a scale model of the Flying-V, an experimental jetliner that seats passengers inside its wings, took flight during an uncrewed test.

The results of a Flying-V test have been long awaited. The plane's unusual design makes it 20 percent more fuel efficient than the most advanced planes on the market, according to New Atlas, which has covered the project previously. But, as with any unusual experimental design, it remains unclear how well it would actually work in practice.

Even if it wasn't a real Flying-V, the successful flight test of the scaled down model is a pretty big deal. Even the engineers helping design it weren't sure how well the new plane would fare during takeoff and landing.

"One of our worries was that the aircraft might have some difficulty lifting-off, since previous calculations had shown that 'rotation' could be an issue," Roelof Vos, a propulsion researcher at Delft University of Technology, told Flightglobal.com. "The team optimized the scaled flight model to prevent the issue. But you need to fly to know for sure."

The largest issue that the team ran into was during what Vos called "somewhat of a rough landing," Vos told FlightGlobal.

When your flight lands, you might notice that the plane tends to tilt back and forth a bit as it lands up with the runway. The same thing happened with the Flying-V, Vos told the site, and we can't imagine how nauseous passengers would have been.