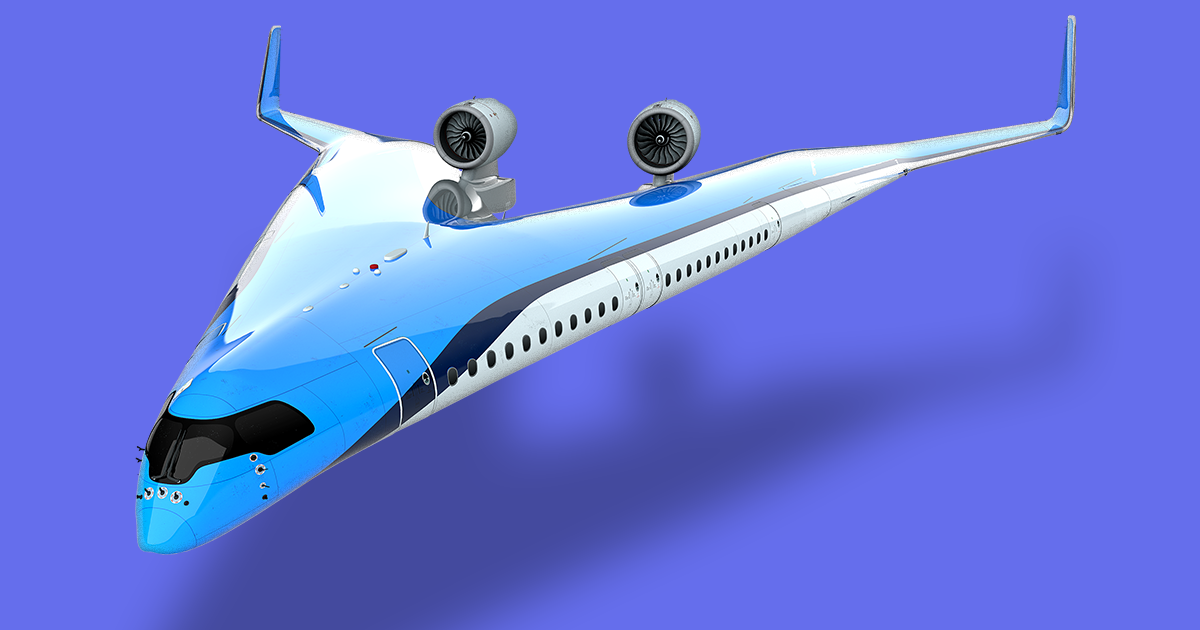 An airline is taking a chance on a radical new design.

An airline is taking a chance on a radical new design.

Airlines are testing all sorts of ways to make planes less of a drag on the environment. Virgin Atlantic recently used recycled waste to power a commercial flight, while Boeing and JetBlue have backed an effort to create hybrid electric planes.

It just partnered with a university to develop the "Flying-V," a radical new airplane design that puts passenger seats inside the plane's wings — and it could decrease the amount of fuel needed for flights by a substantial 20 percent.

On Monday, KLM announced plans to collaborate with Delft University of Technology on the school's in-development Flying-V airplane design. And it doesn't just put passengers in the plane's wings — the fuel tanks and cargo hold will also find a new home there.

Based on the researchers' calculations, the new design should allow the Flying-V to transport approximately the same number of passengers as an Airbus A350 using 20 percent less fuel.

"We've been flying these tube and wing airplanes for decades now, but it seems like the configuration is reaching a plateau in terms of energy efficiency," TU Delft project leader Roelof Vos told CNN. "The new configuration that we propose realizes some synergy between the fuselage and the wing. The fuselage actively contributes to the lift of the airplane, and creates less aerodynamic drag."

More on airplanes: A Plane Powered by Recycled Waste Just Flew Across the Atlantic