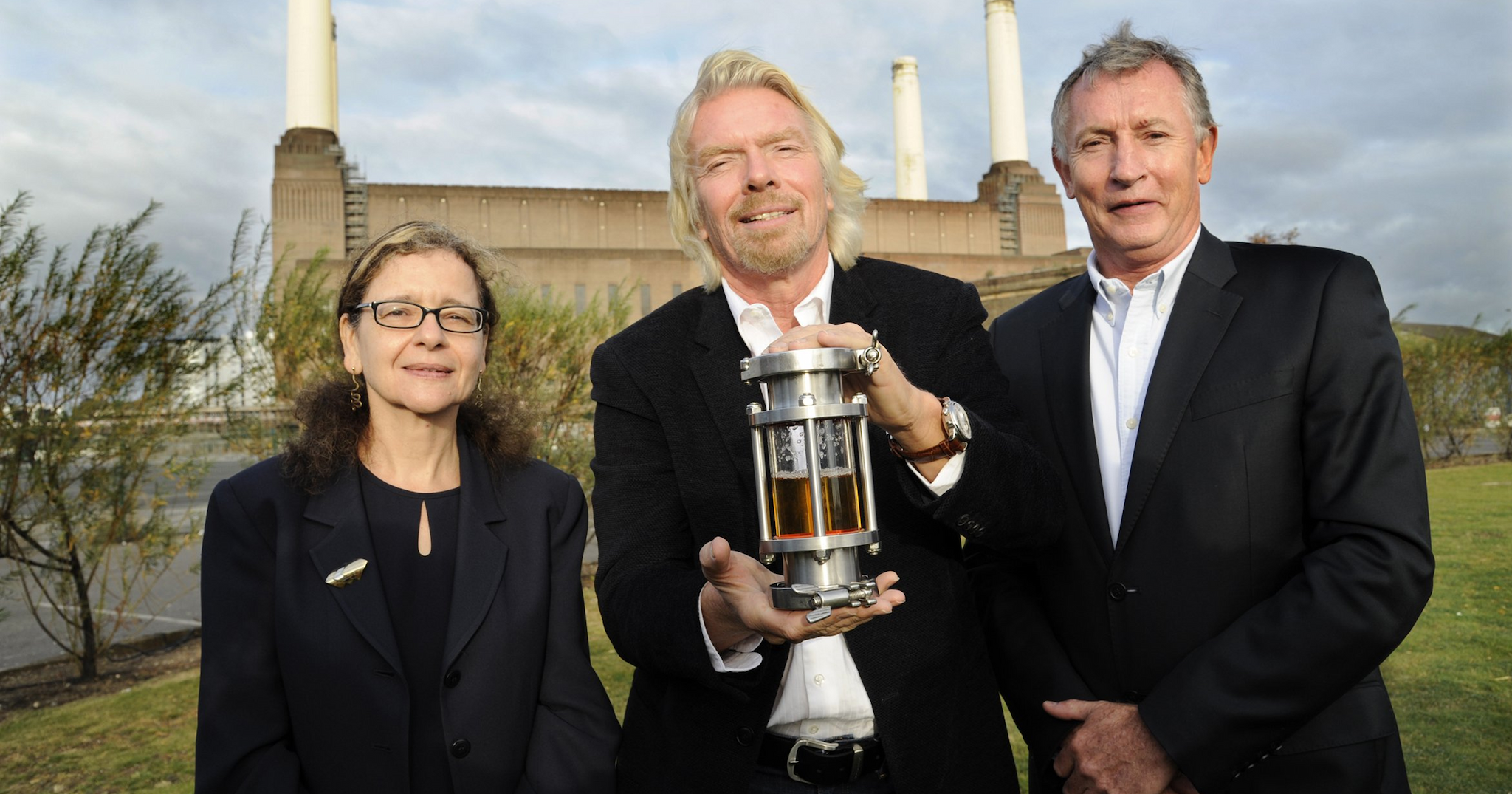 A Plane Powered by Recycled Waste Just Flew Across the Atlantic

Carbon emissions could power our planes instead of polluting our skies.

Carbon emissions could power our planes instead of polluting our skies.

It's not every day that the founder of an airline greets one of its planes upon touchdown.

But Virgin Atlantic founder Richard Branson had a reason to be on the tarmac after his airline's Flight VS16 landed in London Thursday morning, fresh from a transatlantic journey from Orlando, Florida: It was the world's first commercial flight partially powered by recycled waste.

The fuel is the creation of California's LanzaTech, which captures and converts carbon emissions from steel mills, oil refineries, and other manufacturing sites into fuels and chemicals using a proprietary process powered by microbes.

“This fuel takes waste, carbon-rich gases from industrial factories and gives them a second life so that new fossil fuels don’t have to be taken out of the ground,” said Branson in a press release.

LanzaTech's fuel comprised just five percent of the jet fuel powering the Virgin Atlantic plane, but that figure could increase to 50 percent — in April, an organization that sets aviation industry fuel standards approved LanzaTech's sustainable jet fuel for use as a 50/50 blend with traditional fossil fuels. Now that they know it works, airlines can now try using it in larger quantities.

LanzaTech believes it could meet 20 percent of the commercial aviation industry's fuel demand using just the carbon it could capture from the world's eligible steel mills. And considering air travel accounts for 2 to 3 percent of global CO2 emissions, this fuel could make a not-insignificant dent in the amount of carbon we pump into the atmosphere.

More on airplane emissions: Want to Save the Environment? Experts Say You Should Stop Traveling.