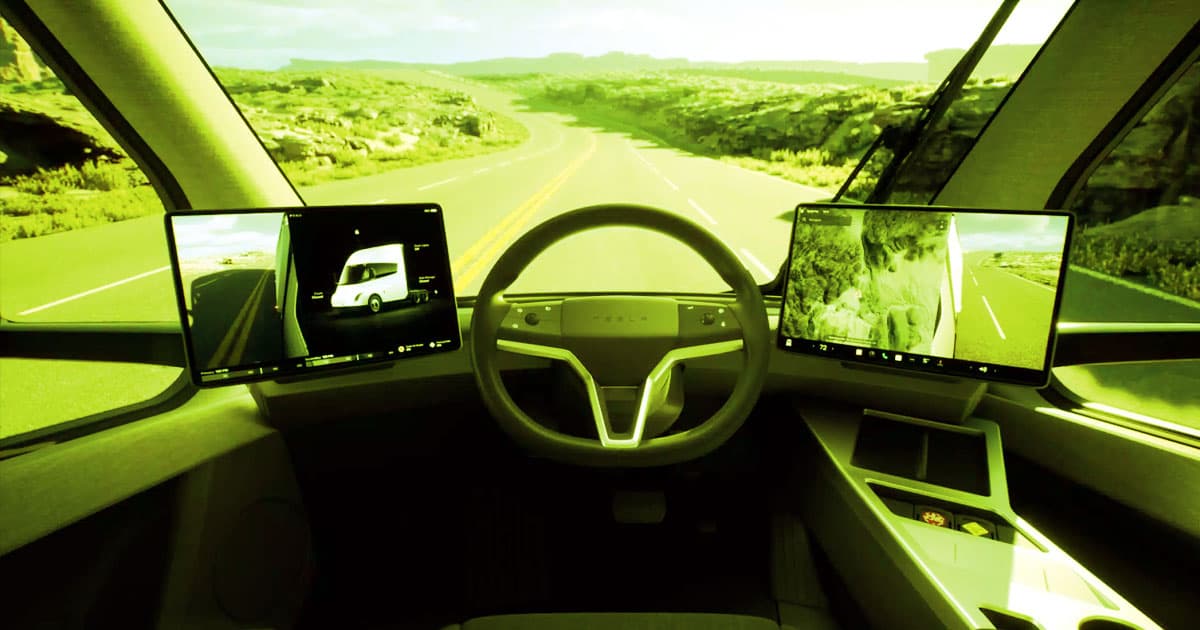 "Dragging a trailer full of chips around is not the most intense, tough ask."

"Dragging a trailer full of chips around is not the most intense, tough ask."

Five years after showing off its Semi truck to the public, Tesla finally started delivering trucks to its customers this month.

But the company has been noticeably quiet about the vehicle since, having yet to reveal the truck's weight capacity when fully loaded, its price, or when the rest of Tesla's customers will actually be able to start using them.

And given the latest news, Tesla may have reasons to be avoiding those questions. After all, the stakes couldn't be higher — a successful rollout of a 500-mile electric semi truck could be a huge win for a company that desperately needs one right now.

PepsiCo, which is Tesla's first Semi buyer and plans to roll out 100 Semis next year, is already noticing that the truck's range takes a massive hit when loaded with heavy cargo, something Tesla's critics have long suspected.

A Semi can carry a load of Frito-Lay chips for an impressive 425 miles with battery to spare, for instance. But potato chips in air-filled bags are one of the lightest loads imaginable; for heavier fare such as sodas, PepsiCo is limiting trips to 100 miles with the truck, PepsiCo VP Mike O'Connell told Reuters.

The remarks were somewhat ambiguous, and O'Connell did elaborate that the company is planning to eventually haul beverages in the "400 to 500 mile range as well."

"Dragging a trailer full of chips around is not the most intense, tough ask," Oliver Dixon, senior analyst at consultancy Guidehouse, told the news agency. "I still believe that Tesla has an awful lot to prove to the broader commercial vehicle marketplace."

To be clear, we still don't know how much weight a Semi can actually carry and what the resulting drop-off in range will actually be — something that Tesla has yet to publicly address.

Tesla maintains its trucks have "can travel up to 500 miles on a single charge," according to its website, a vague statement that leaves us with plenty of questions.

PepsiCo and other customers such as Gatorade have remained tightlipped about the details, likely a result of non disclosure agreements they signed with the EV maker.

But PepsiCo's decision to only complete short trips with heavy loads could be a sign that Tesla may have oversold its 500-mile semi truck.

When it comes to the laws of physics, after all, there's only so much the company can do to electrify the trucking industry.

READ MORE: PepsiCo is using 36 Tesla Semis in its fleet and is upgrading facilities for more in 2023, exec says [CNBC]