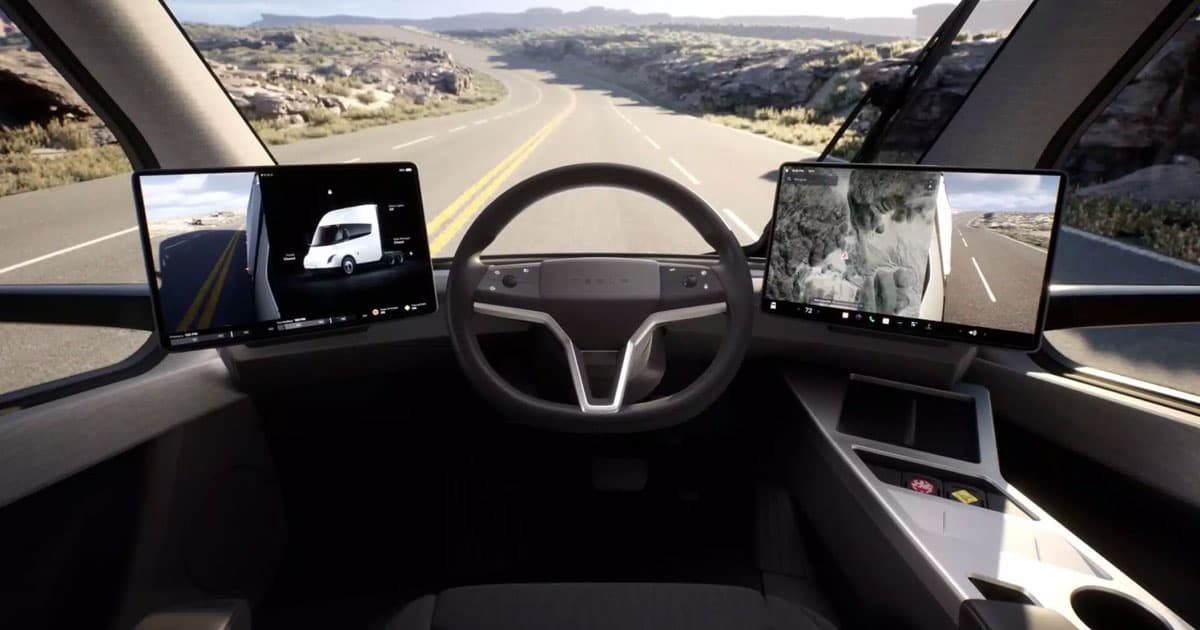 Pepsi's getting a Semi.

Pepsi's getting a Semi.

Tesla CEO Elon Musk has announced that the company is finally delivering its first all-electric Semi truck this winter.

And while Musk has made plenty of promises in the past without making good on them, this time he's willing to name a customer — which is none other than PepsiCo.

"Excited to announce start of production of Tesla Semi Truck with deliveries to Pepsi on Dec 1st!" Musk wrote on Twitter. "500 mile range and super fun to drive."

It's been a long time coming. The trucks were first unveiled five long years ago, and were originally meant to hit the road in 2019. If Tesla actually manages to get them on the road — still an "if," to be clear — they could be poised to change the trucking industry forever.

In August, Musk promised that the Semi Truck will start shipping "this year," while the company's long-awaited pickup truck, the Cybertruck, will go on sale "next year."

The Semi, if it makes good on all of Tesla's hype, could be a game changer. Its advertised range on a single charge is between 300 and 500 miles, allowing it to take on significant short to medium range transportation duty.

The $180,000 truck can also accelerate from 0 to 60 mph in just five seconds, a blistering time for a big rig. A subsidy program could bring the truck's price down by up to $40,000 as well, Reuters reports.

A number of other major corporations have also reportedly considered the Semi Truck for delivering their goods, including Doritos and Mountain Dew.

It'll be interesting to watch Tesla's Semi Trucks hitting public streets — particularly when it comes to the company's controversial Autopilot driver assistance software, which will come standard with the truck.