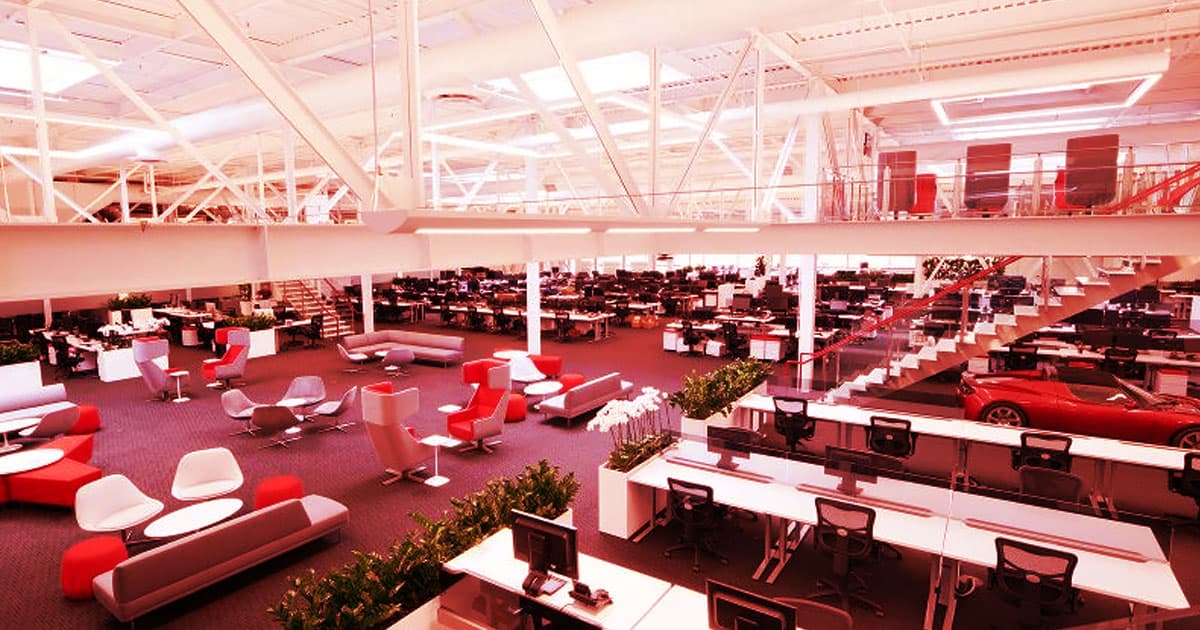 No desks, no parking spots, but more scrutiny.

No desks, no parking spots, but more scrutiny.

As companies across the country prematurely transition into a return to "normalcy," Tesla has been struggling to get its workers back in the physical workplace.

On Wednesday, CNBC reported that at one Tesla factory, around one-eighth of workers were absent on any given day, compared to one-tenth company-wide. To make matters worse, it reported, Tesla still doesn't have "room or resources to bring all its employees back to the office," seemingly confirming earlier reports that Tesla literally didn’t have enough desks for those returning employees to work at.

That's in spite of CEO Elon Musk, in July, making a big stink over workplace attendance, going after employees that wanted to work at home — even partially.

"If you don’t show up, we will assume you have resigned," Musk wrote in an email. "Anyone who wishes to do remote work must be in the office for a minimum (and I mean *minimum*) of 40 hours per week or depart Tesla."

Initially hoping for employees to return to three days per week in office, Tesla had to ease that number down to two days as it quickly became apparent that its offices didn’t have enough parking spots or even chairs to accommodate returning workers.

An under-resourced workplace isn’t exactly shocking, especially during ongoing supply chain shortages. But it is pretty embarrassing for Musk to demand employees to work in office, only for his managers having to tell some employees to work at home anyway because the workplace is overcrowded, which is what CNBC found.

Musk may have a bigger problem than just a lack of desks: plummeting morale. According to internal messages grabbed by CNBC, Musk’s abrupt return-to-work policy has caused a drastic drop in employee contentment, and that's a big deal at a mission-driven company like Tesla.

The trend is likely exacerbated by alleged dismissals without warning for those who could not immediately relocate, according to CNBC, not to mention layoffs in June, employees fired by phone while on vacation, and rescinding already accepted job offers.

Rather than alleviating the hardline attendance policy or, you know, providing workers desks and chairs, Tesla has instead doubled down and has begun to more closely surveilling employee attendance, CNBC says. Musk, apparently, now receives weekly reports on absenteeism.

It seems less like a reasonable enforcement of discipline and more like Musk losing his grip — and the enthusiasm of his employees.