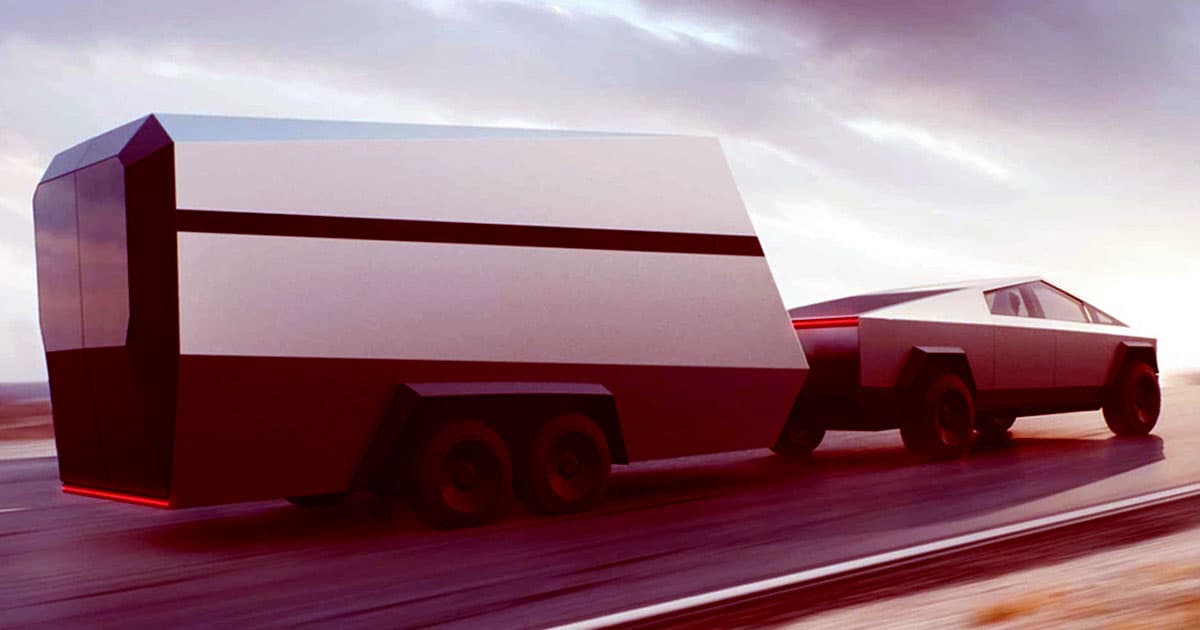 Tesla Mocked for Claiming Cybertruck Can Pull "Near Infinite Mass"

"This company is so unserious."

"This company is so unserious."

Wondering how much weight Tesla's still-unreleased Cybertruck can pull? The answer is "near infinite," apparently, according to the vehicle's official Tesla webpage.

"With the ability to pull near infinite mass and a towing capability of over 14,000 pounds," reads the full description, which has been up for several years, "Cybertruck can perform in almost any extreme situation with ease."

If here, dear reader, you're wondering what "near infinite mass" might mean, we get it. It's nonsense marketing language that means nothing, considering that "near infinite" suggests that there is, in fact, a limit here, but Tesla, for whatever reason, is failing to clarify what that limit is.

As you might imagine, netizens are finding humor in the ludicrously vague spec.

"The Tesla website claims that the new truck can pull 'near-infinite mass,'" one befuddled Twitter user mused, "this company is so unserious."

The tesla website claims that the new truck can pull "near-infinite mass" hhjjkhjslsl this company is so unserious pic.twitter.com/bMLMgHSUdj

To be fair, the statement does give a reasonable description for how much weight the vehicle can "haul," offering that the oft-delayed Cybertruck can haul a good 14,000 pounds — causing further confusion in the netizen ranks, since 14,000 pounds is quite a bit less than infinity.

Alas, a few users chimed in to explain the fact that there is a distinction, albeit a silly one. Hauling is a far more practical means of evaluating a truck's efficiency, as it refers to the vehicle's ability to function properly under normal road speeds and conditions.

Pulling, on the other hand, speaks to how much weight a vehicle can pull when anything goes — in other words, if the Cybertruck is moving at, say, one mile per hour over short distances, it could pull a lot more than if it were moving at a practical speed. But really, it's a technicality, and technicalities aren't something to soundly market expensive motor vehicles on.

The Cybertruck has yet to hit the market, so you likely won't see one pulling or towing on the roads in the immediate future.

For CEO Elon Musk's sake, though, let's hope it gets on the road soon — Tesla could certainly use a hand pulling/towing/hauling/dragging/anything its stock back up.