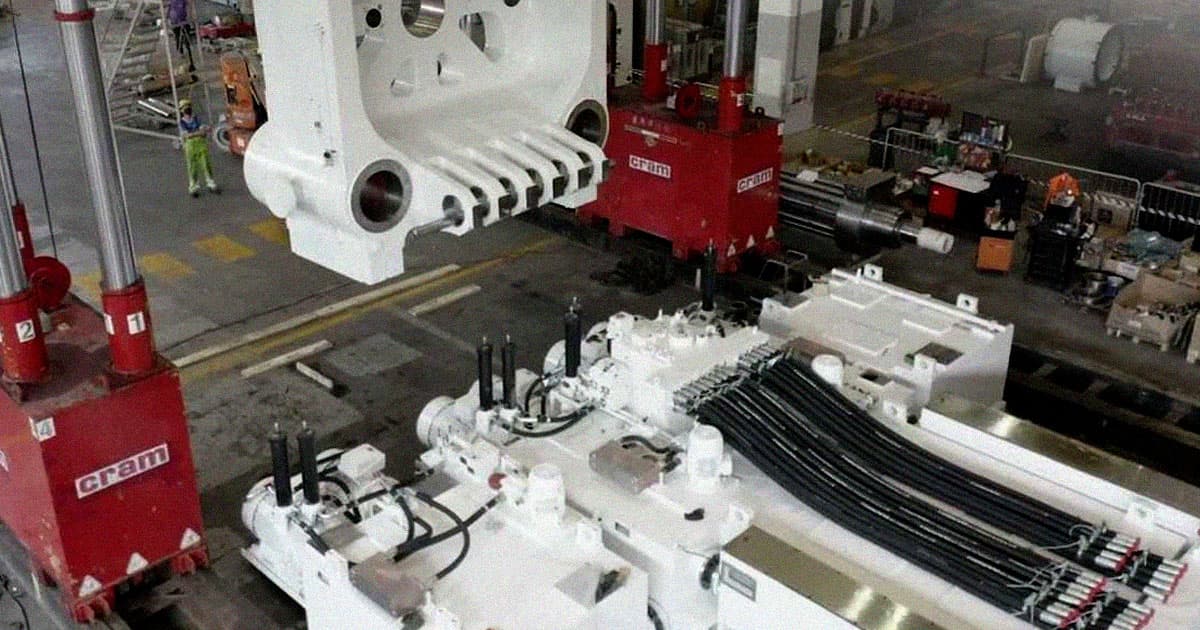 Tesla Awaiting Delivery of Giant Press for Stamping Out Cybertrucks

It seems like Tesla's long-awaited Cybertruck may finally be coming into focus, now that the machines that will stamp them out are being shipped to the electric carmaker's factory in Texas.

In a post on LinkedIn, Italian die casting firm IDRA Group, which over the summer was confirmed as the supplier of the large presses needed for the Cybertruck, announced that it had packed up and shipped the parts to Tesla's Gigafactory in Texas.

Just last week, the firm also teased a photo of the gigantic "platen" for the Giga Press, which is slated to be the largest of such presses in the world.

They also posted this photo a few days ago inside the 9,000t Giga Press.

News of the 9,000-ton press finally making its way to Tesla will undoubtedly be welcome to those who purchased Cybertruck reservations, whose numbers climbed past one million last year and who, collectively, are worth more than $80 billion once they pay full price for their futuristic pickups.

Earlier in October, a Tesla enthusiast with a drone spotted new Cybertruck prototypes being delivered at the company's Giga Factory in Texas, and a week later, videos began circulating on Twitter of a newly-tweaked Cybertruck design, which the Tesla Oracle blog notes has improved taillights and optional mounting equipment.

Tesla makes the absolute coolest toy for adults. Who else loves the cybertruck? $TSLA pic.twitter.com/cPcggvMktA

The stakes are high. On the one hand, you have to hand it to Elon Musk for perhaps finally delivering on the brutally sci-fi design of the Cybertruck. But on the other, he's already way past deadline for the truck's shipment repeatedly since first announcing that he was making them back in 2019.

His current estimate puts them being delivered early next year, and given the speed at which things are moving now, that date might actually stick.

More Tesla: Elon Musk: Tesla Working on Next-Gen Car That Costs Half as Much as a Model 3