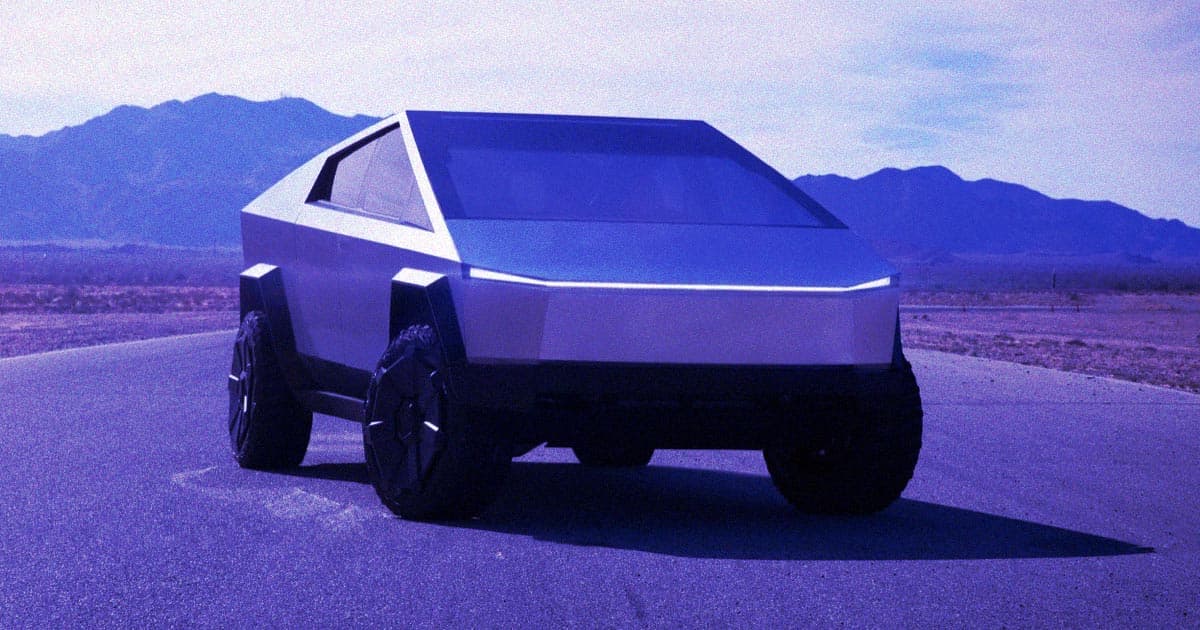 Tesla Shows Off Cybertruck, But There Are a Bunch of Wires Ripped Out of the Steering Wheel for Some Reason

A Tesla Cybertruck prototype made a rare public appearance during the commissioning ceremony of the car company's Megapack project in California, now one of the largest battery energy stations in the world.

But the prototype left a lot to be desired. The interior appears to have been stripped of several components, including the wheel-mounted airbag and the front-facing camera enclosure, as seen in images captured by local news station KSBW that show loose wires hanging out of the vehicle's futuristic yoke-style steering wheel.

While we should expect a prototype to have a couple of rough spots here and there, it doesn't feel like the company went out of its way to make the vehicle presentable, especially given the rather ceremonious occasion.

It's also worth mentioning that it's not even the first janky prototype Tesla has actively chosen to show off to the press.

The gauge cluster can be seen on the left. Very interesting small window around the A pillar. pic.twitter.com/Ls6lOOSyEj

We did get a glimpse of the center console of the upcoming truck, and its sleek instrument cluster. We also got a detailed look at the truck's gigantic windshield wiper, which seemingly has been pared down significantly in size since the last time we saw it.

Tesla did have to push back the delivery date of its brutalist pickup to next year, but it's already June — and the clock is ticking. In fact, production was meant to have started by this point, according to promises made by Tesla CEO Elon Musk last year.

The Cybertruck was meant to be Musk's pet project — but from what we've seen so far, those who have preordered a truck of their own will likely have to be even more patient as the company focuses its efforts elsewhere.