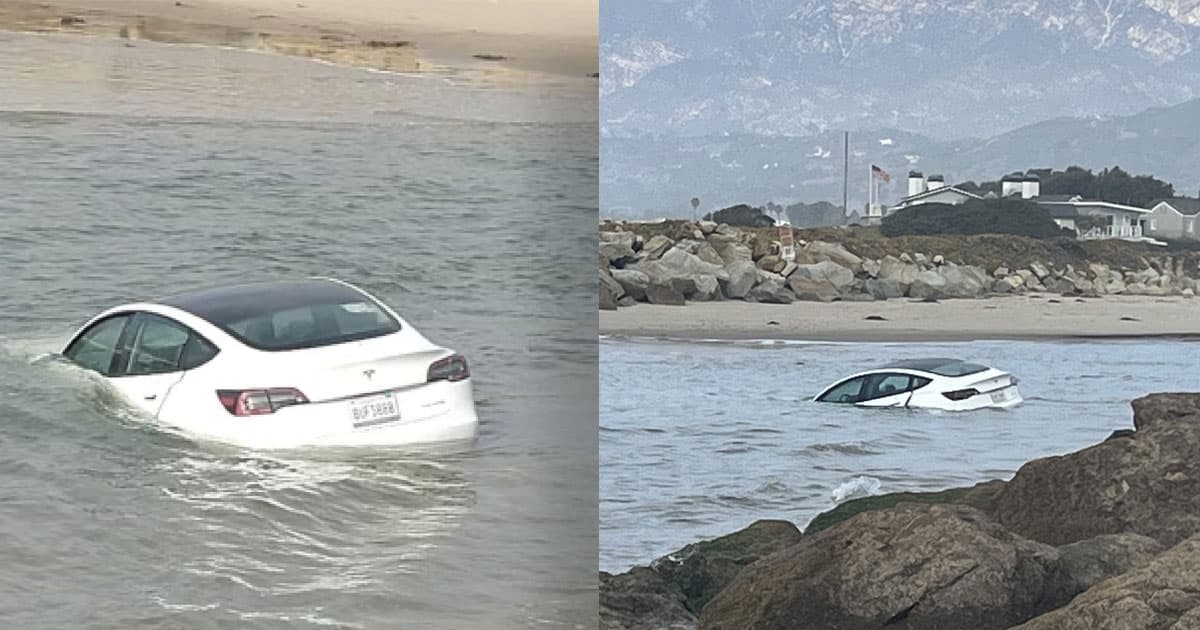 A Tesla owner decided to take their Model 3 on a beach trip, which ended with their precious car stranded in the water.

The doomed Tesla was spotted Monday morning sagging morosely in the ocean right off the coastline of Carpinteria, California.

Fortunately, the local sheriff and firefighters found that no one was trapped inside.

Sounds like the owner might've been caught up in Tesla CEO Elon Musk's iffy claims that the still-upcoming Cybertruck can double as a boat, or even his older claims that the Model S can briefly float.

According to the local sheriff's office, as reported by The Tribune, the owner — who, again, is unharmed — drove the Tesla onto the sandy beach (which is illegal) thinking all would be well. And to be fair, it probably was, at least until the tide came in.

"We advised the owner, you need to get your car out of the ocean," a sheriff's office spokesperson told The Tribune. Sage advice.

A Tesla was found floating in the ocean off Carpinteria this morning about 8 a.m. Firefighters searched the car along with the surrounding area, but no one was found. The Santa Barbara Co. Sheriff's Dept. is investigating. (photos: Carpinteria fire, Robin Karlsson, Bill Ehrgott) pic.twitter.com/X1CAmcdL4V

It's a tragic end for such an advanced set of wheels.

But the owner can take solace in the fact that Elon Musk's week hasn't been going much better, either.

With the sinking ship that Musk's newly acquired Twitter has become, mostly thanks to baffling decisions he's made at the helm, maybe the Model 3's fate with the fishes was really an omen of things to come.