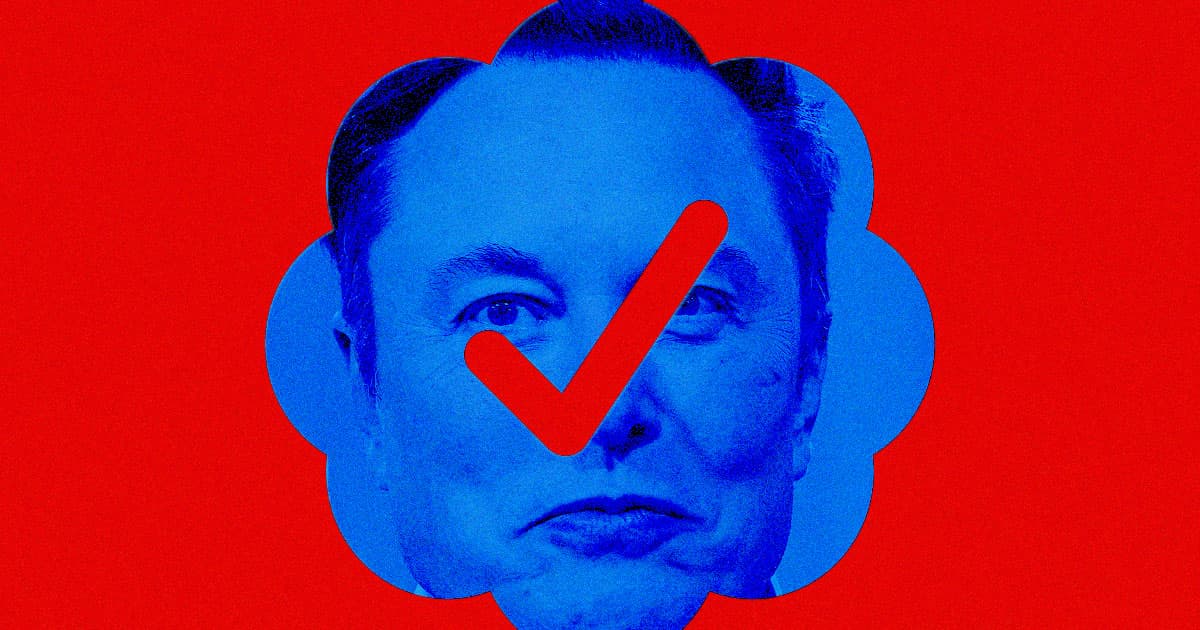 Kind of defeats the purpose, doesn't it?

Kind of defeats the purpose, doesn't it?

Elon Musk's takeover of Twitter might be a cascading disaster, but you can't say it's been uneventful. To see some truly eyebrow raising decision making, look no further than Musk's handling of Twitter's verification system in the form of that exalted Blue Check.

The long and short of it is that Musk has proposed packaging the check mark badge with Twitter's previously separate "Twitter Blue" subscription service. That means that verified accounts would have to start paying to keep their check marks, even though verification has been free since it was first implemented.

That itself is already questionable, but according to internal documents obtained by The New York Times, Twitter Blue subscribers won't even be required to authenticate their identities to receive the verified check mark. That's a terrible look for at least two reasons. First, it sounds an awful lot like Musk just wants to sell trendy badges to gullible people who want fake clout. And second, if the verification process really is as lax as it sounds, the change could allow scammers to impersonate any public figure they want.

Musk is quickly stumbling into the decision too, because the documents say that the new Twitter Blue program will start on November 7 in the US, Canada, Australia, and New Zealand. That's not a lot of time to prepare for something that could potentially shift the entire website's paradigm.

At the very least, the documents note that there would be an "interim" period allowing old-school verified accounts to keep their badges before eventually being asked to pay, as well as plans to allow government accounts to remain verified without subscribing.

Nevertheless, it's hard to conceive what the point of having a verified badge will be if anyone can get one without proving who they are, making it not only meaningless, but dangerous.

But at the end of the day, it's just one of many of Musk's harebrained but cynical schemes to wring money out of a website that he was forced into paying far too much for.

And he hasn't been subtle about his maneuvering either. Musk has publicly groveled at the feet of advertisers who smell blood in the water, embarrassingly beefed with AOC, and pleaded with Stephen King to pay the $8 for the fake check mark.

To show how much he really cares about the company, Musk has already gone ahead with laying off large chunks of Twitter's 7,500 person workforce, too.