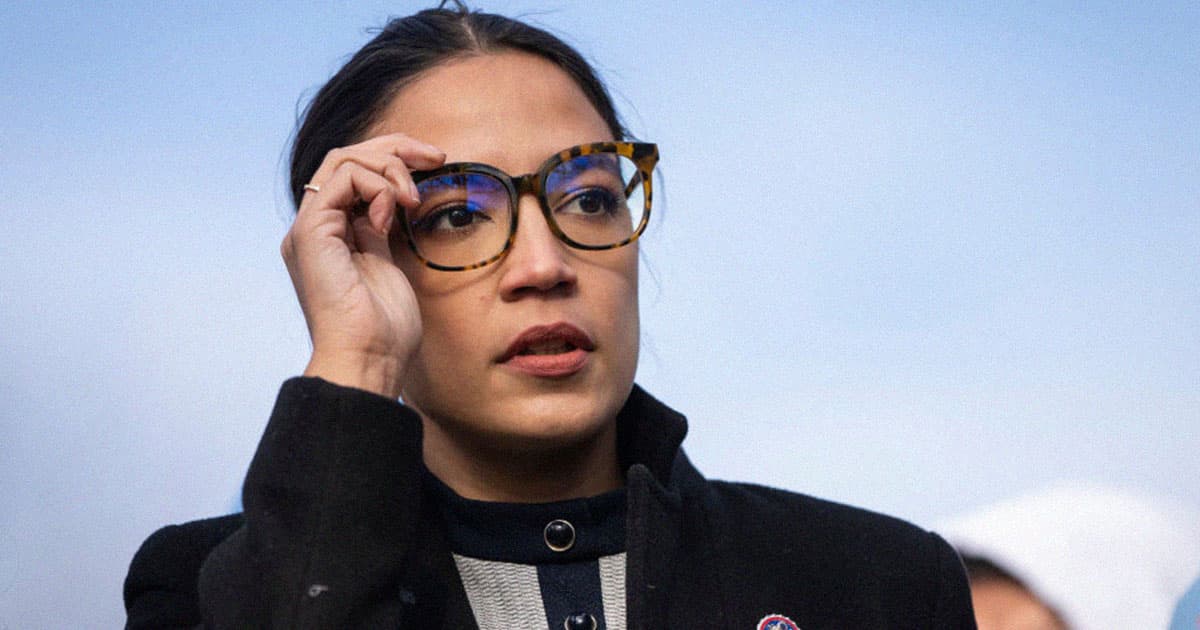 Another day, another Elon Musk feud on Twitter — except now, he's the owner of the social network, and he's beefing with a sitting member of Congress.

"Lmao at a billionaire earnestly trying to sell people on the idea that 'free speech' is actually a $8/mo subscription plan," the New York Democratic Socialist tweeted in a post that, upon Futurism's perusal, appeared to load only half the time.

Not one to be shown up, Musk later posted a screenshot of an AOC-branded sweatshirt from the congressperson's website, with its $58 price tag circled and an emoji belying the billionaire's alleged affront at the price.

In response, Ocasio-Cortez said she was proud her sweatshirts were made by union labor, and that the proceeds from their sales were going to fund educational support for needy kids. She later dug in further, noting that her account was "conveniently" not working and joking that Musk couldn't buy his way "out of insecurity."

Yo @elonmusk while I have your attention, why should people pay $8 just for their app to get bricked when they say something you don’t like?

This is what my app has looked like ever since my tweet upset you yesterday. What’s good? Doesn’t seem very free speechy to me 🤔 pic.twitter.com/e3hcZ7T9up

To be clear, any suggestion that Musk personally had anything to do with any Twitter glitches on AOC's part would seem ludicrously petty. But then again, this is a guy who once hired a private detective to investigate a random critic.

Occam's razor, though, suggests that it was probably AOC's mega-viral tweet that broke the site's notoriously dodgy infrastructure. Of course, that's not a ringing endorsement of the site that Musk just acquired for the colossal sum of $44 billion.

Abso-Effing-Lutely
Free Speech Absolutist Elon Musk Discovers That Some Speech Is Unacceptable After All
Dec 2
Read More
Break Out in Hives
Twitter Competitor Shuts Down App When It Turns Out Hackers Can Read Users' Private Messages
Dec 1
Read More
Be Better
Elon Musk Reportedly Slashed the Team That Fights Child Sexual Abuse on Twitter
Dec 1
Read More
+Social+Newsletter
TopicsAbout UsContact Us
Copyright ©, Camden Media Inc All Rights Reserved. See our User Agreement, Privacy Policy and Data Use Policy. The material on this site may not be reproduced, distributed, transmitted, cached or otherwise used, except with prior written permission of Futurism. Articles may contain affiliate links which enable us to share in the revenue of any purchases made.
Fonts by Typekit and Monotype.