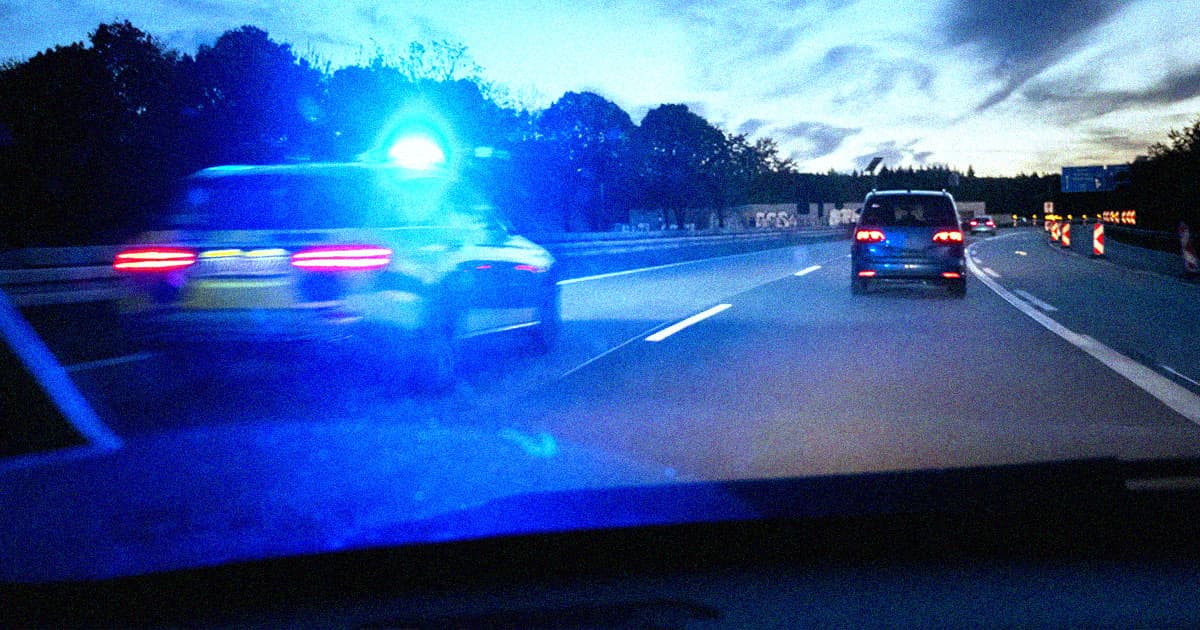 They had to chase the Tesla for 15 minutes — at speeds reaching 70mph.

They had to chase the Tesla for 15 minutes — at speeds reaching 70mph.

A German driver has lost his license after allegedly falling asleep while his Tesla drove down the Autobahn highway with its Autopilot feature activated.

According to a press release by Bavarian police, officers tried to stop the self-driving Tesla, but to no avail. Police state that the vehicle "kept the same distance from the patrol car in front," reaching speeds of 70mph.

The 45-year-old driver was reportedly seen in a reclined position with his eyes closed and his hands off the steering wheel, implying he had allowed Autopilot to take full control.

It's only the latest incident of people losing consciousness behind the wheel of a Tesla, a dangerous trend that has ended in several collisions already.

The report also highlights how easy it is to fool a Tesla into thinking the driver is alert, something that has already garnered the company plenty of criticism in the past.

Tesla is already under heavy scrutiny for its controversial driver assistance software. US regulators are investigating the carmaker over a series of incidents involving Autopilot, as well as misleading customers into thinking the cars can drive themselves.

Fortunately, this latest incident did not end in disaster. According to the statement, the driver woke up after a 15 minute pursuit and eventually pulled over.

Investigators found the driver had gone to surprising lengths to fool the car into driving itself while he was getting some shut eye. They discovered a "steering wheel weight in the footwell," a device that can "trick the vehicle's safety system by pretending that your hand is on the wheel."

Drugs may have also played a role, according to the press release.

The driver is now facing criminal charges and has had his license suspended — which seems reasonable, considering his misdeeds.