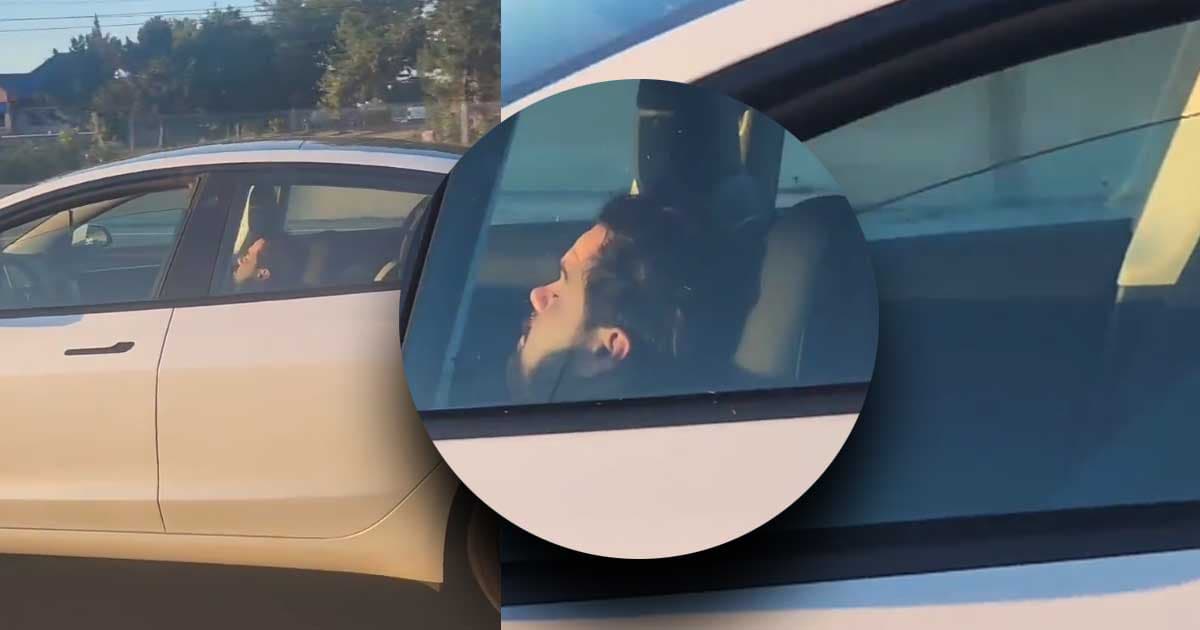 "He opened his eyes for a split second."

"He opened his eyes for a split second."

It's not clear yet whether a driver filmed sleeping behind the wheel of a speeding Tesla was faking or really out cold — but either scenario would be extremely dangerous.

Earlier this week, Canadian news outlet City News spoke with a witness who nabbed a 20-second clip of a driver in a white Tesla Model S flying down the Queen Elizabeth Way highway in Ontario, Canada during a morning commute.

"He opened his eyes for a split second because of the Sun, then didn’t open them again the entire time we were watching," the woman told the pub.

The woman estimated the driver had his eyes closed for another 10 to 15 minutes, but seemingly woke up and took control of the car as he approached the city.

Local cops told City News they wished they had received a formal complaint so they could have responded to the sleeping beauty.

"Seeing it on the video is concerning," Ontario Provincial Police Sergeant Kerry Schmidt told the outlet. "The circumstances surrounding it are unverified. I don’t know if this is something that someone came across or if it’s a publicity stunt. Obviously, this is someone asleep at the wheel; apparently, not paying attention to what is happening in front of them is very concerning."

Astute Twitter observers said it's possible to fool Tesla's Autopilot feature, saying that weighting the steering wheel could override the requirement that the driver touch the wheel every so often.

Whether it was planned or not, Tesla drivers using assisted driving features are still responsible for their own vehicles. And they're responsible for any lives taken by their vehicle, too.