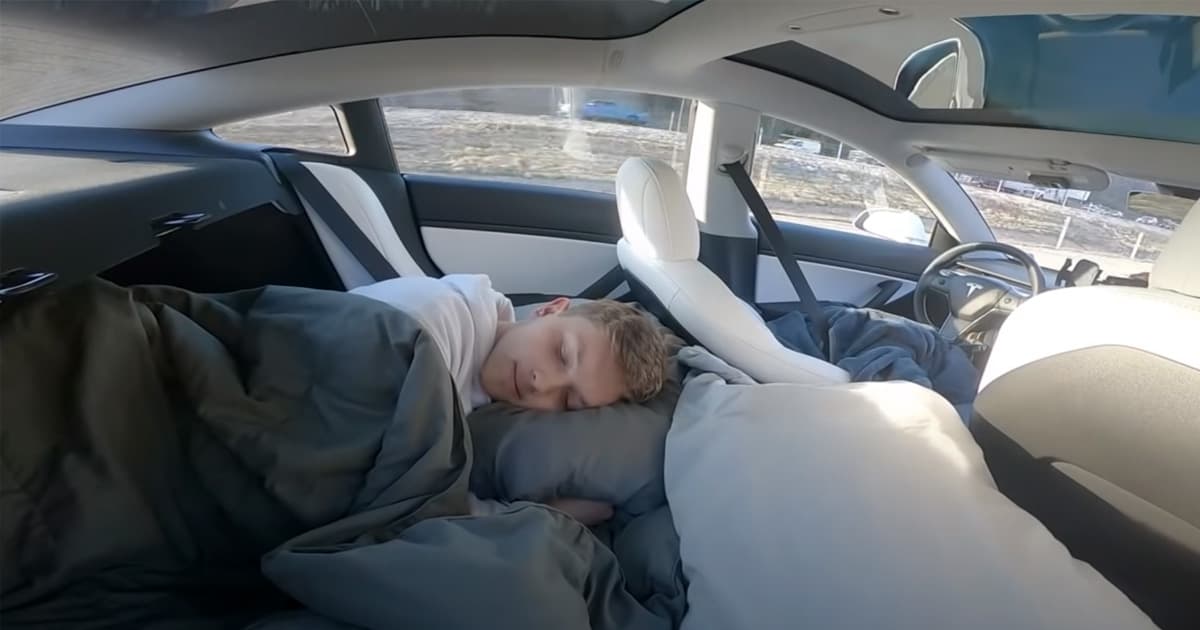 This is incredibly dangerous. Watch the infuriating video here.

This is incredibly dangerous. Watch the infuriating video here.

Ever since Tesla decided to advertise its self driving feature as "Autopilot," drivers have gotten into varying degrees of trouble for letting their vehicles take the reins on the highway — while they take a nap at the wheel.

The obvious danger didn't discourage TikTok star Johnathon Cook, whose over one million followers were able to watch him tuck himself in to a cozy bed in the back of a Tesla Model 3 while racing down a highway, in an infuriatingly dangerous video first spotted by Electrek.

It's a reckless and selfish stunt that endangered innocent lives — and, thanks to the video evidence, could present an open-and-shut case for local law enforcement who want to throw the book at Cook.

It gets even worse. Cook decided to upload a behind-the-scenes video to YouTube, in which he outlined how he fooled the vehicle's Autopilot feature into registering that he was paying attention to the road.

Despite Tesla's flagrantly misleading name for the feature, operators still have to pay attention to the road and keep their hands on the steering wheel, ready to take action at all times.

But those safety features can be easily circumvented. Cook used a device attached to the steering wheel to fool the car into thinking his hands were ready to engage. He also had to crawl out of his buckled seatbelt.

To be clear, Cook not only put his own life at risk but endangered other drivers on the roads. It's probably enough to quality as a criminal offense, as Electrek argues — and he gave the local sheriff all the evidence they'd need to arrest him.

More on Autopilot: Tesla Bros Are Freaking Out Right Now About the New Full Self-Driving Beta