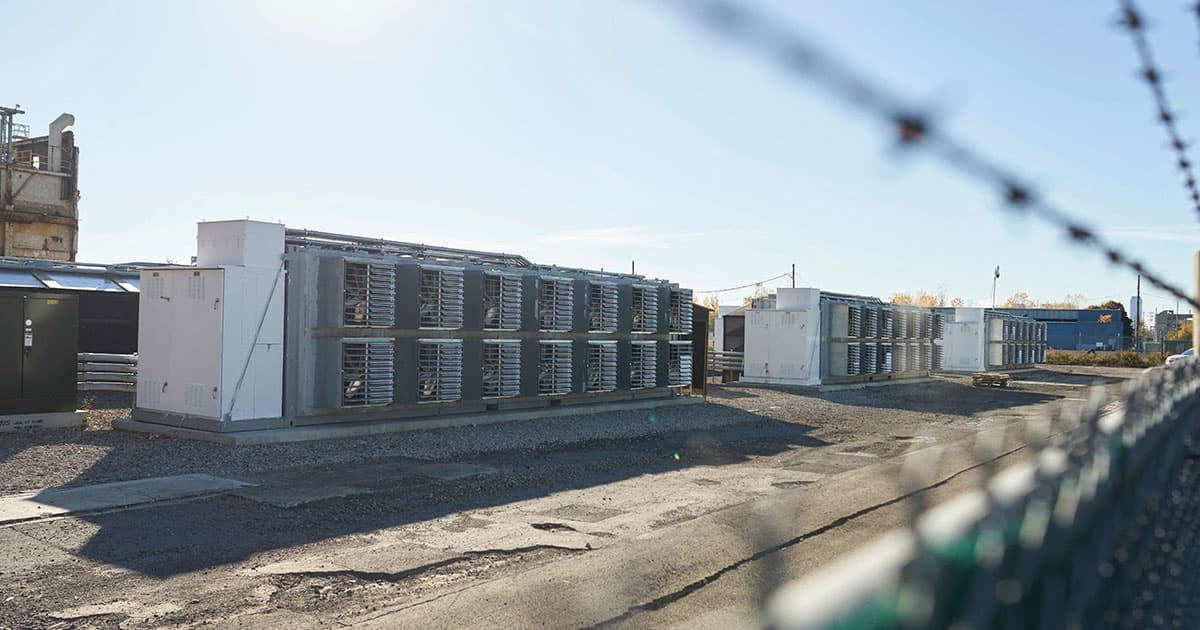 "Bitcoin mining is not welcome in Washington County."

"Bitcoin mining is not welcome in Washington County."

Not in My Backyard

A courtroom in Washington County, Tennessee, erupted in applause after county commissioners rejected a proposal to build a Bitcoin mining plant in the area.

Bitcoin miner Red Dog Technologies was already operating a 25-megawatt Bitcoin mine in Limestone, Tennessee since late 2020, but the county has been trying to get it to shut down due to zoning violations, News Channel 11 reports. A settlement proposal to have a replacement mining operation built in an industrial park in Telford, Tennessee, a small community of under 1,000 residents, has drawn plenty of opposition.

The local council quickly put together a committee to fight the agreement — and were able to strike down the proposal with a landslide 13-2 vote on Monday, to the apparent relief of residents.

The plans to have what critics said would be a noisy Bitcoin mining plant built in their backyard proved to be extremely unpopular among residents.

Telford resident Emily Curran spoke at a recent public comment period, according to News Channel 11, telling an audience of more than 100 people that commissioners should "stand up for my family, my children and all those who would be affected by a Bitcoin mining operation near the school."

Her comments were met with applause and cheers, according to the reporting.

"Folks in New Salem community (Limestone) and the folks in Telford are united in this one theme: that Bitcoin mining is not welcome in Washington County," pastor Craig Ponder, who lives near the existing mining site, told the channel.

Bitcoin mining remains a hugely energy intensive process that can generate a significant amount of noise as well.

Other Bitcoin mining companies have gone as far as to revive dying coal plants, generating huge amounts of CO2 emissions.

In Telford, the settlement is now headed to court where a jury will decide on the matter. It's still unclear whether Red Dog will be allowed to keep operating its existing plant while the lawsuit is ongoing, according to News Channel 11.

"I am disappointed that after months of good faith negotiations with Washington County leaders, a resolution was not reached," Red Dog CEO Trey Kelly told the broadcaster. "As litigation resumes, Red Dog Technologies and GRIID Infrastructure will have no further comment at this time."

Tulip Fever
Dutch Startup Mining Bitcoin to Grow Tulips, and We Can't Tell If They're Joking
12. 12. 22
Read More
Crypto Inferno
Bitcoin Mining as Bad for Planet as Oil Drilling, Scientists Say
10. 1. 22
Read More
BTC Wars
Guy Claims He Invented Bitcoin But Then "Stomped on the Hard Drive" Containing Proof
9. 17. 22
Read More
+Social+Newsletter
TopicsAbout UsContact Us
Copyright ©, Camden Media Inc All Rights Reserved. See our User Agreement, Privacy Policy and Data Use Policy. The material on this site may not be reproduced, distributed, transmitted, cached or otherwise used, except with prior written permission of Futurism. Articles may contain affiliate links which enable us to share in the revenue of any purchases made.
Fonts by Typekit and Monotype.