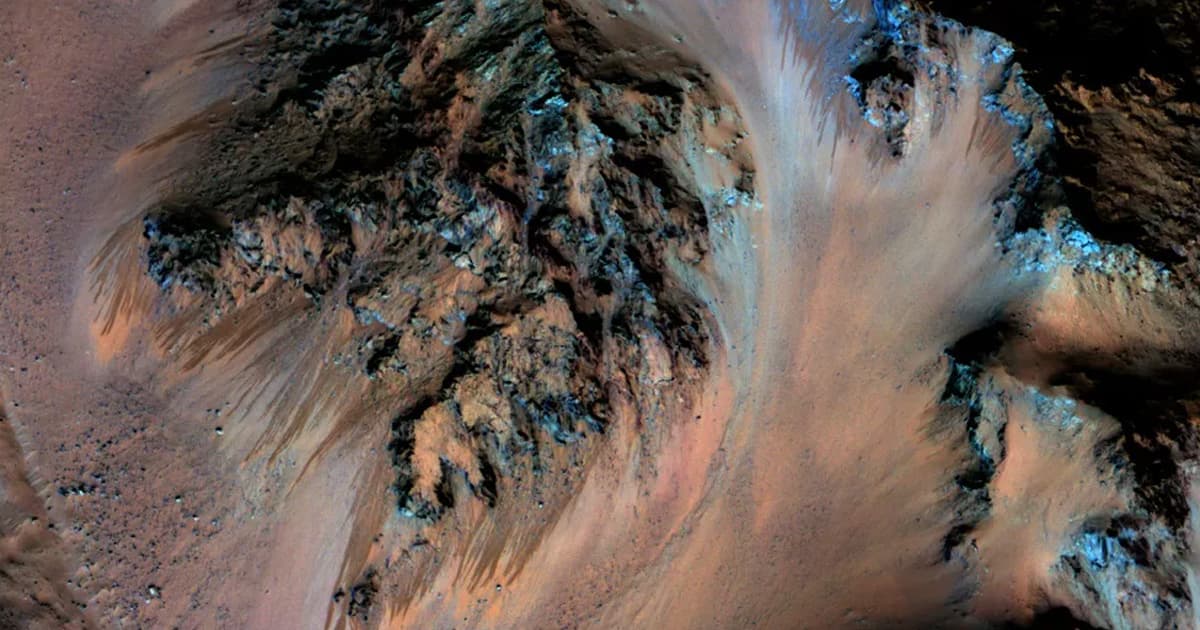 Breathing in the Martian Air

It could allow Mars colonists access to breathable oxygen and hydrogen fuel.

It could allow Mars colonists access to breathable oxygen and hydrogen fuel.

Researchers from Washington University in St Louis believe they have figured out a new system that could pull significant amounts of oxygen and hydrogen out of the briny water deposits present on the surface of Mars.

The electrolysis process could even improve similar systems on Earth, they say.

"Our Martian brine electrolyzer radically changes the logistical calculus of missions to Mars and beyond," Vijay Ramani, chemical engineering professor at Washington University in St Louis and co-author of the paper appearing in the journal Proceedings of the National Academy of Sciences today, said in a statement. "This technology is equally useful on Earth where it opens up the oceans as a viable oxygen and fuel source."

To simulate the Martian surface, the team tested the system at -33 degrees Fahrenheit. The results were impressive. The system can produce 25 times the amount of oxygen as the Mars Oxygen In-Situ Resource Utilization Experiment (MOXIE) fixed to NASA's Perseverance rover, which is headed to Mars right now, according to the team.

Strangely enough, the impurities present in Martian water could actually end up helping.

"They prevent the water from freezing and also improve the performance of the electrolyzer system by lowering the electrical resistance," research scientist and co-lead author of the paper Shrihari Sankarasubramanian said in the statement.

The team is now planning to deploy the system to produce hydrogen and oxygen from impure salt water feeds back on Earth.

Oxygen from such a system could end up creating oxygen on demand in submarines or other deep sea exploration vessels.

Martian Duds
On Tomorrow's Launch, NASA Is Sending Spacesuit Chunks to Mars
7. 29. 20
Read More
Coarse and Rough
Astronomers Say "Megaripples" Are Moving Across the Surface of Mars
7. 24. 20
Read More
Venus Flyby
Scientists: Flying By Venus to Get to Mars Would Be Cheaper, Faster
7. 7. 20
Read More
+Social+Newsletter
TopicsAbout UsContact Us
Copyright ©, Camden Media Inc All Rights Reserved. See our User Agreement, Privacy Policy and Data Use Policy. The material on this site may not be reproduced, distributed, transmitted, cached or otherwise used, except with prior written permission of Futurism. Articles may contain affiliate links which enable us to share in the revenue of any purchases made.
Fonts by Typekit and Monotype.