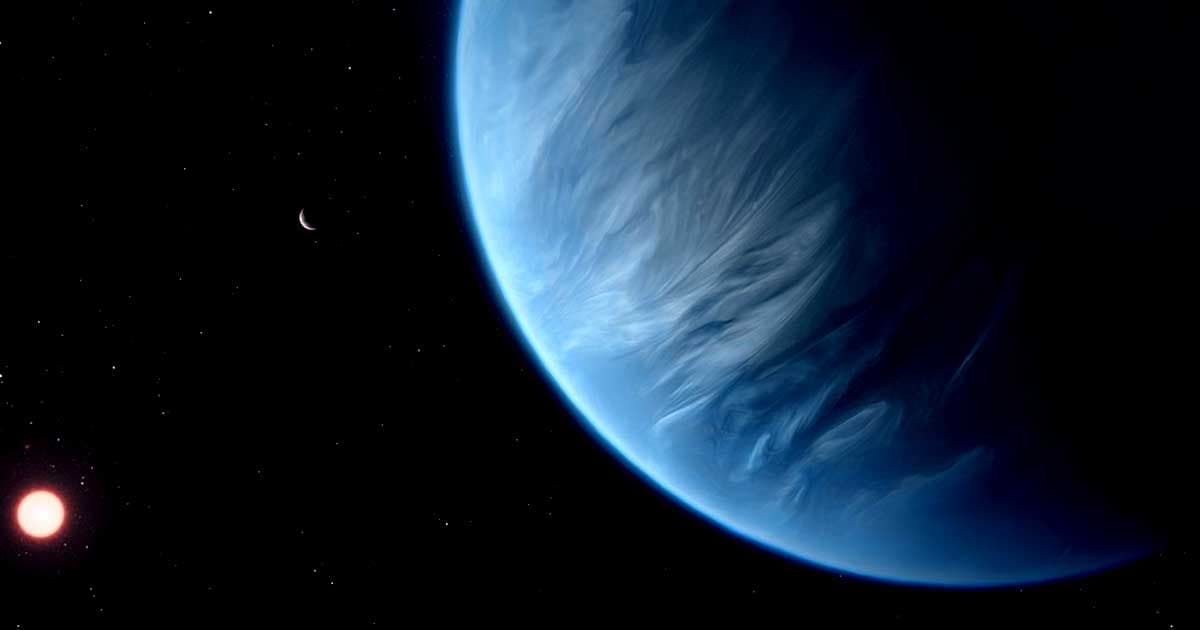 Survey Finds That Water Is Common Around Exoplanets

But in smaller amounts than expected.

But in smaller amounts than expected.

Yeah, Got That Water

After surveying 19 exoplanets, a University of Cambridge-led research team found 14 had water vapor in their atmospheres — more than they’d expected. The amount of water vapor, meanwhile? Less than they’d anticipated. Yet: These new insights could go a long way toward narrowing our hunt for extraterrestrial life.

It’s important to know about even the most remote presence of water elsewhere “[given] that water is a key ingredient to our notion of habitability on Earth,” project leader Nikku Madhusudhan said in a press release,

For their survey — results of which were published on Wednesday in The Astrophysical Journal Letters — the researchers gathered spectroscopic data on the 19 exoplanets using numerous telescopes, including Hubble and Chile’s Very Large Telescope.

Using that data, they were able to estimate amounts of various chemicals in the exoplanets’ atmospheres — and hope to do the same for additional exoplanets in the future.

“We look forward to increasing the size of our planet sample in future studies,” Madhusudhan said. “Inevitably, we expect to find outliers to the current trends as well as measurements of other chemicals.”

Absolute Unit
Scientists Discover Gigantic New World that Defies Previous Planetary Understanding
12. 8. 21
Read More
So Close But So Far
Astronomers May Have Spotted a New Planet Around the Nearest Star
2. 10. 21
Read More
Brands We Love
This Specially Formulated Mix Helps Prevent Dehydration Better Than Water Alone
8. 28. 20
Read More
+Social+Newsletter
TopicsAbout UsContact Us
Copyright ©, Camden Media Inc All Rights Reserved. See our User Agreement, Privacy Policy and Data Use Policy. The material on this site may not be reproduced, distributed, transmitted, cached or otherwise used, except with prior written permission of Futurism. Fonts by Typekit and Monotype.