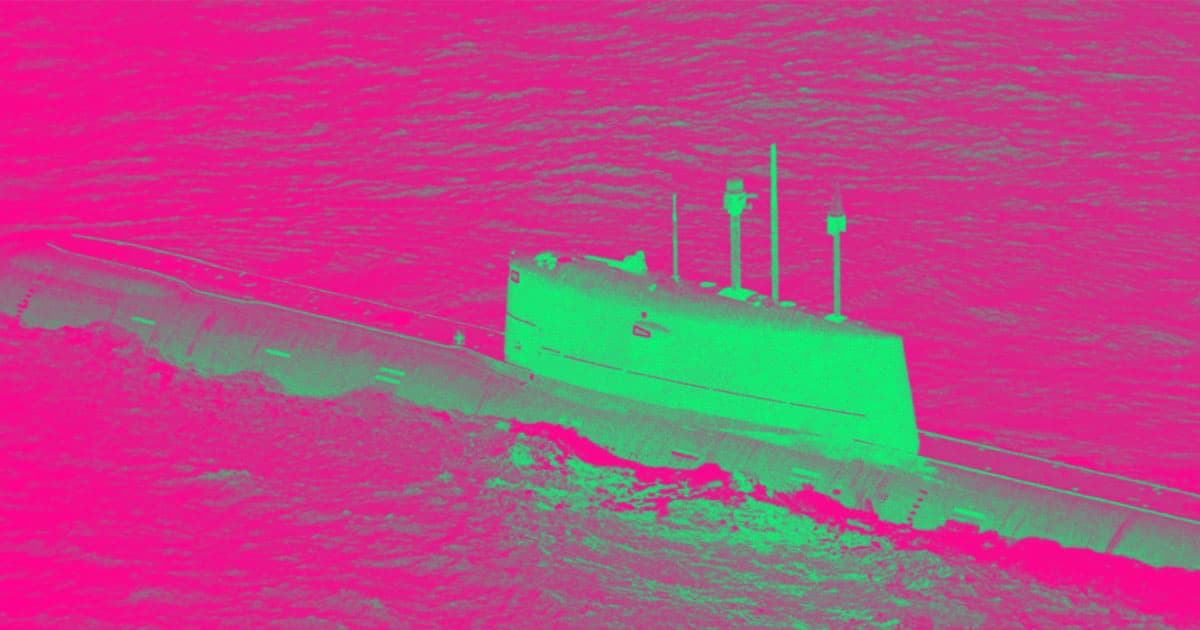 This Sunken Nuclear Sub Is Leaking Radiation Into the Ocean

A team of Russian and Norwegian scientists just made a grim, timely discovery.

Just one week after a nuclear-powered Russian submarine caught fire, killing 14 sailors, researchers sent a remote submarine to collect samples around the sunken wreckage of another nuclear sub, which caught fire in 1989 leading to the deaths of 42 crew members.

The preliminary results of their investigation indicate that radiation levels in the water near the sunken Soviet sub's ventilation duct are up to 800,000 times higher than expected in sea water — suggesting we may be dealing with the repercussions of the recent disaster for decades to come.

This isn't the first time researchers have detected higher than normal radiation levels around the wreckage of K-278 Komsomolets, which sunk about 260 miles off the Norwegian coast and is now about a mile beneath the ocean's surface.

"We took water samples from inside this particular duct because the Russians had documented leaks here both in the 1990s and more recently in 2007," expedition leader Hilde Elise Heldal said in a press release. "So we weren’t surprised to find high levels here."

While the current levels are higher than normal, according to Heldal, they aren't high enough to threaten Norwegian fish or seafood — so for now, the team plans to thoroughly study its collected samples and continue to monitor to wreckage for signs that the radiation is getting worse.

Lil Dudes
Something Cool Is Happening to the Frogs at Chernobyl
10. 3. 22
Read More
Brands We Love
Cut Plastic Waste With a LastSwab Reusable Swab
8. 2. 20
Read More
An Ocean of Plastic Is Choking the World's Most Precious Coral Reefs
1. 26. 18
Read More
+Social+Newsletter
TopicsAbout UsContact Us
Copyright ©, Camden Media Inc All Rights Reserved. See our User Agreement, Privacy Policy and Data Use Policy. The material on this site may not be reproduced, distributed, transmitted, cached or otherwise used, except with prior written permission of Futurism. Articles may contain affiliate links which enable us to share in the revenue of any purchases made.
Fonts by Typekit and Monotype.