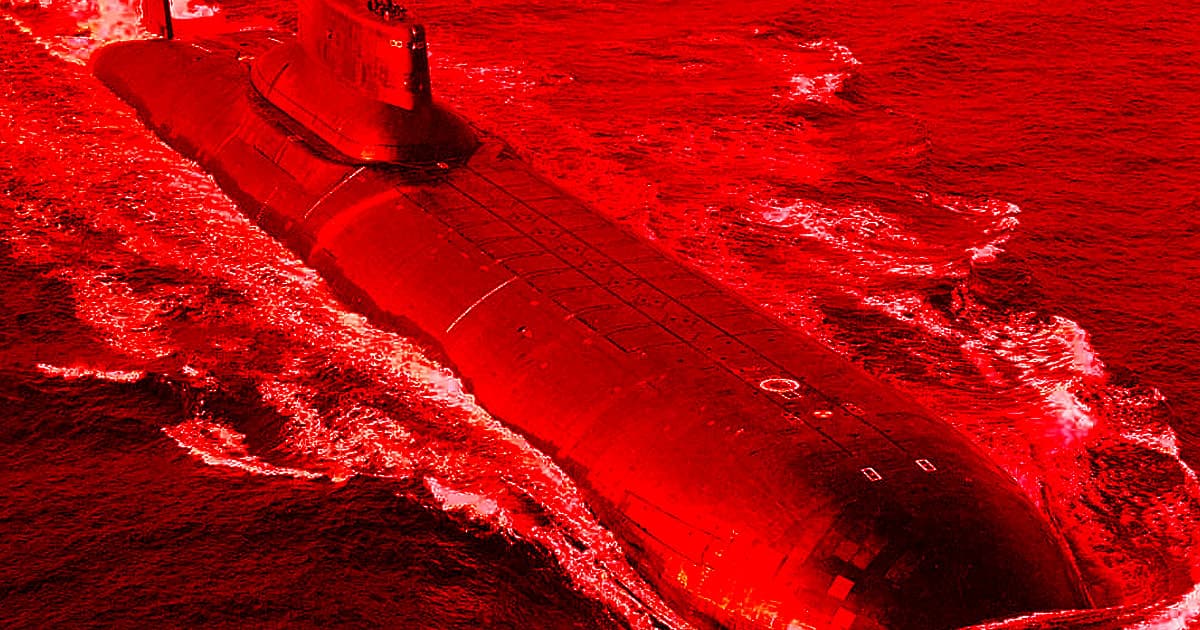 The Kremlin is keeping the details under wraps.

The Kremlin is keeping the details under wraps.

Last week, a nuclear-powered Russian submarine caught fire, killing 14 sailors who were on board.

Since then, the Russian government has kept details of the incident under wraps. But one Russian Navy official now claims that the sailors "prevented a planetary catastrophe," according to Bloomberg. Though it's unclear exactly what sort of catastrophe he meant, it's an unsettling hint that the world may have come close to a major nuclear disaster.

A Kremlin spokesperson told Bloomberg that there were no problems with the submarine's nuclear reactor, denying that the fire posed a threat to anyone outside the vessel. But Navy captain Sergei Pavlov suggested otherwise during the sailors' funeral on Sunday.

"With their lives, they saved the lives of their colleagues, saved the vessel and prevented a planetary catastrophe," he told the crowd.

He didn't clarify, however, whether he was referring to potential radiation leakage caused by the fire or whether the crew had worked to avert some other crisis.

The Russian government has kept the incident largely under wraps — Bloomberg reports that it took several days before the government even confirmed the sub was nuclear.

The secrecy could be in part to keep a narrowly-averted catastrophe under wraps. But, since the submarine is suspected to be designed to cut underwater internet cables, it's possible that the government is simply trying to avoid attracting too much attention to its operations.

Weird Times
White House Brags That America Is Producing More Oil and Gas Than Ever
Mar 7
Read More
Great Balls of Fire
"Radioactive Gobstoppers" Could Stop the Next Nuclear Reactor Meltdown
6. 30. 20
Read More
Fukushima Plans to Power Region With 100% Renewable Energy
1. 6. 20
Read More
+Social+Newsletter
TopicsAbout UsContact Us
Copyright ©, Camden Media Inc All Rights Reserved. See our User Agreement, Privacy Policy and Data Use Policy. The material on this site may not be reproduced, distributed, transmitted, cached or otherwise used, except with prior written permission of Futurism. Fonts by Typekit and Monotype.