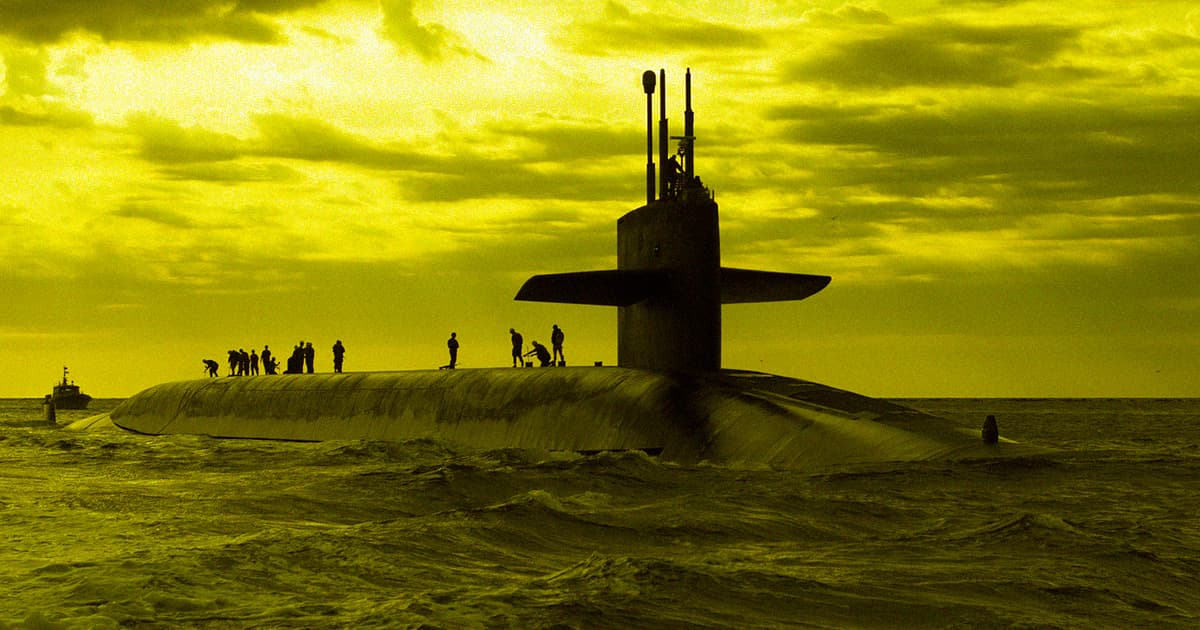 A Submarine Is Missing, With 53 on Board

A helicopter spotted an oil spill near the location where the submarine was granted clearance to dive.

A helicopter spotted an oil spill near the location where the submarine was granted clearance to dive.

Indonesia's navy says it has completely lost contact with a submarine with 53 people on board, NBC News reports.

The vessel, the 44-year-old German-built KRI Nanggala 402, was involved in a training exercise when it went missing north of the coast of the island of Bali.

"We are still searching in the waters of Bali, 60 miles (96 km) from Bali, [for] 53 people," Indonesia's military chief Hadi Tjahjanto told Reuters in a text message. According to Tjahanto, contact was lost around 4:30am local time on Wednesday.

Indonesia has deployed several ships to search the area, including a survey ship. It has also asked Singapore and Australia to send help by sending submarine rescue vessels, according to NBC.

According to Indonesia's Defense Ministry, the submarine was granted clearance to dive and promptly went missing after.

The navy also noted that a helicopter spotted an oil spill near the location where it was given permission to dive, which may either mean the submarine's fuel tank was damaged or the crew is sending a signal.

"It is possible that during static diving, a blackout occurred so control was lost and emergency procedures cannot be carried out and the ship falls to a depth of 600-700 meters [2,000 to 2,300 feet]," a statement by the Navy read, as quoted by Reuters.

That's a serious issue, considering the submarine can only sustain pressure at a maximum 250 meters (820 feet).

Indonesia has had trouble with aging military equipment in the past, including an air force plane crash in 2016 that killed all 13 occupants.

More on Indonesia: Watch an Oil Refinery Explode After Possibly Getting Hit by Lightning

Alphabet Will Put Their Stratospheric Loon Balloons on Trial in Indonesia Next Year
10. 30. 15
Read More
She's So High
We're in Awe of this Absolutely Deranged "Nuclear-Powered Sky Hotel"
2:48 PM
Read More
Tick Tock
Stranded Oil Tanker That Could Start Leaking Any Time Now, Experts Warn
2:44 PM
Read More
+Social+Newsletter
TopicsAbout UsContact Us
Copyright ©, Camden Media Inc All Rights Reserved. See our User Agreement, Privacy Policy and Data Use Policy. The material on this site may not be reproduced, distributed, transmitted, cached or otherwise used, except with prior written permission of Futurism. Fonts by Typekit and Monotype.