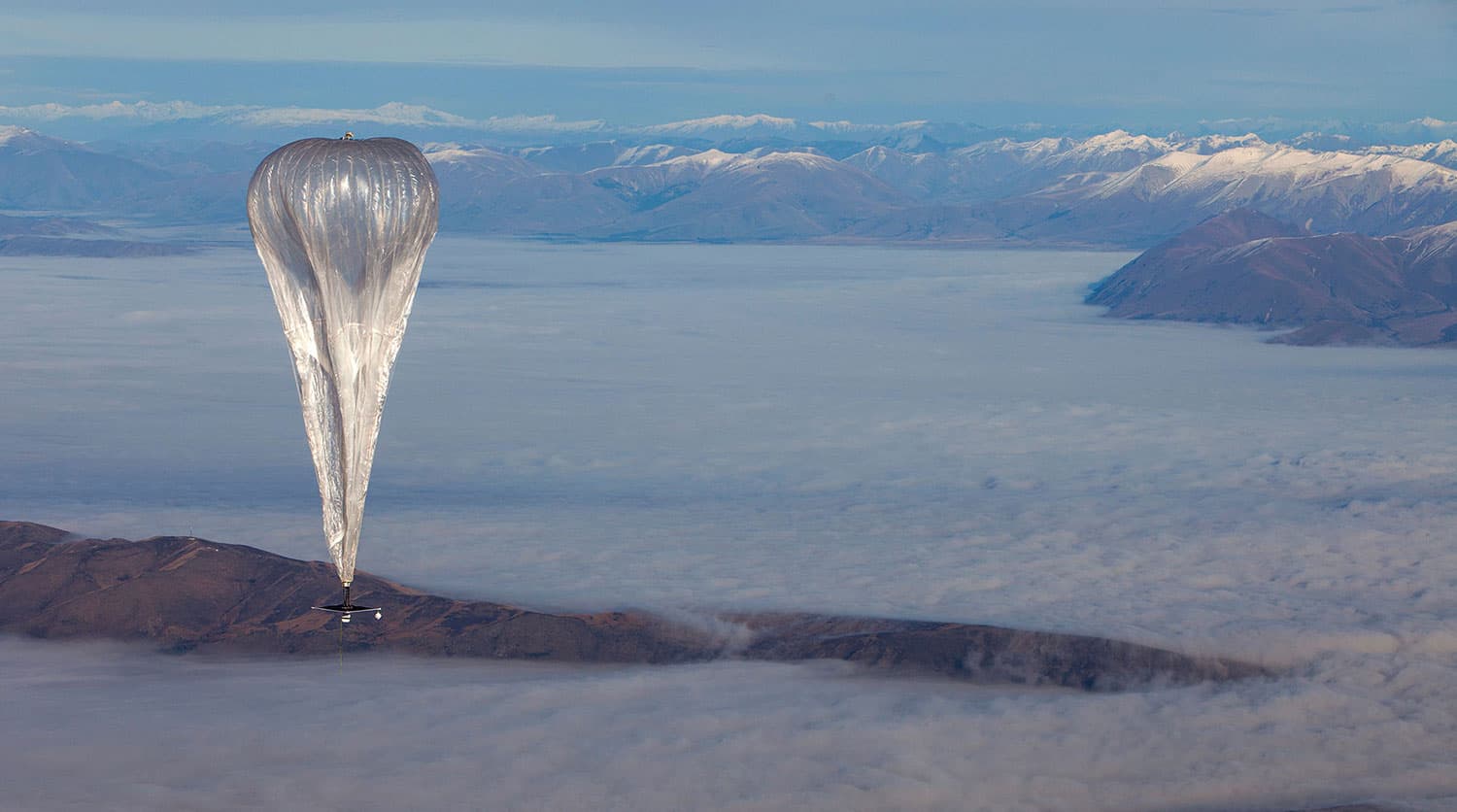 Google's corporate parent, Alphabet, has recently announced that it has signed contracts with three of Indonesia's largest telecommunication companies, namely Indosat, XL Asiata, and Telkomsel, for a series of trials offering high-speed wireless internet services from the balloons. No exact date has been specified for the trial, but Google expects the stratospheric loon balloons to hover over Indonesia by 2016. The Indonesian trials are set to test out the "most complex" parts of Project Loon in order to ensure that the service remains reliable "with a fleet of constantly moving balloons." They plan to test out the balloons in "flocks" for even coverage, and they'll also try out a system using high-speed data links between balloons to extend coverage. If the tests are successful, then Indonesia will be ready for a commercial launch shortly thereafter.

There are many parts in Indonesia that have limited to no internet connection, and Telkomsel's Ririek Adriansyeh said that the possible areas to be covered by the Project Loon trials are areas that were previously deemed "impossible" to provide internet access to. Building and operating cell towers and fiber-optic cables are often plagued by gaps between islands and thick tropical forests, so this has always been an issue for the country. The Loon balloons that are set to hover over Indonesia will be equipped high-speed LTE wireless technology, which is still relatively new to the country. Other trials are also being done in countries like Australia, Brazil, and New Zealand.

Read This Next
From Our Partners
Save On Learning New Skills With These Pre-Black Friday Doorbusters
From Our Partners
Act Fast And Get These Top eLearning Bundles For $15 Each
From Our Partners
Build Your IT and Ethical Hacking Career With These Training Packages
From Our Partners
Clariti: it's like desktop folders, but smarter
From Our Partners
Get The Software Engineering Skills Your Career Needs With This Prep Training
More on Sci-Fi Visions
What is Happening
Wednesday on the byte
Elon Musk Sets His Twitter Account to Private
From the Dept. of...
Monday on futurism
The Best Humidifiers of 2023
Human v. Giraffe
Jan 24 on the byte
Chaotic Italian Fashion Line Baffles Facial Recognition Software
READ MORE STORIES ABOUT / Sci-Fi Visions
Keep up.
Subscribe to our daily newsletter to keep in touch with the subjects shaping our future.
+Social+Newsletter
TopicsAbout UsContact Us
Copyright ©, Camden Media Inc All Rights Reserved. See our User Agreement, Privacy Policy and Data Use Policy. The material on this site may not be reproduced, distributed, transmitted, cached or otherwise used, except with prior written permission of Futurism. Articles may contain affiliate links which enable us to share in the revenue of any purchases made.
Fonts by Typekit and Monotype.