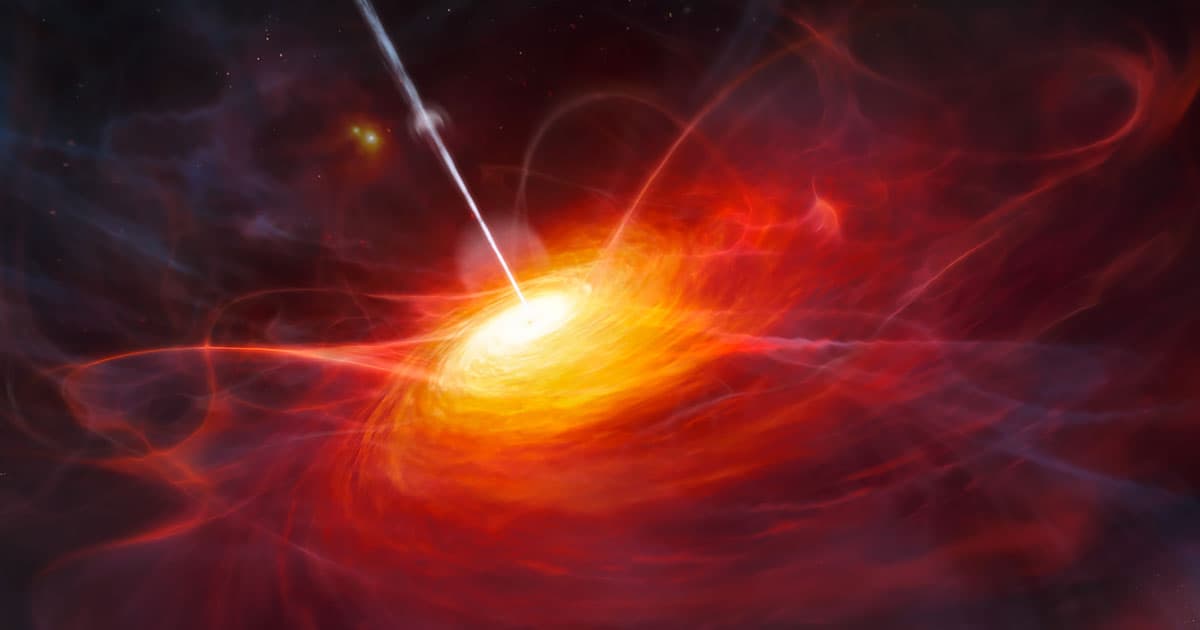 "This wind is crazy powerful, and we don't know how the quasar can launch something so substantial."

"This wind is crazy powerful, and we don't know how the quasar can launch something so substantial."

When a black hole burps out particles in a cosmic jet known as a quasar, it can sometimes create powerful winds that stream through the surrounding galaxy.

Usually these winds are fairly small, but Space.com reports that astronomers just found a quasar giving creating a massive cosmic storm that was unlike anything they had ever seen.

Normally, a quasar's winds can inhibit star production in the galaxy around it, according to Space.com. The research on this particular quasar, published last month in The Astrophysical Journal, didn't look into its impact, focusing instead on how incomprehensibly powerful the wind storm was.

"While high-velocity winds have previously been observed in quasars, these have been thin and wispy, carrying only a relatively small amount of mass," Western University astronomer Sarah Gallagher said in a press release. "The outflow from this quasar, in comparison, sweeps along a tremendous amount of mass at incredible speeds. This wind is crazy powerful, and we don’t know how the quasar can launch something so substantial."

The astronomers behind the research suspect they've uncovered an entirely new class of quasar altogether.

"These objects were too hard to study before our team developed our methodology and had the data we needed," University of Oklahoma astronomer and study co-author Karen Leighly said in the release, "and now it looks like they might be the most interesting kind of windy quasars to study."

READ MORE: Astronomers spot quasar with the most powerful winds ever seen [Space.com]