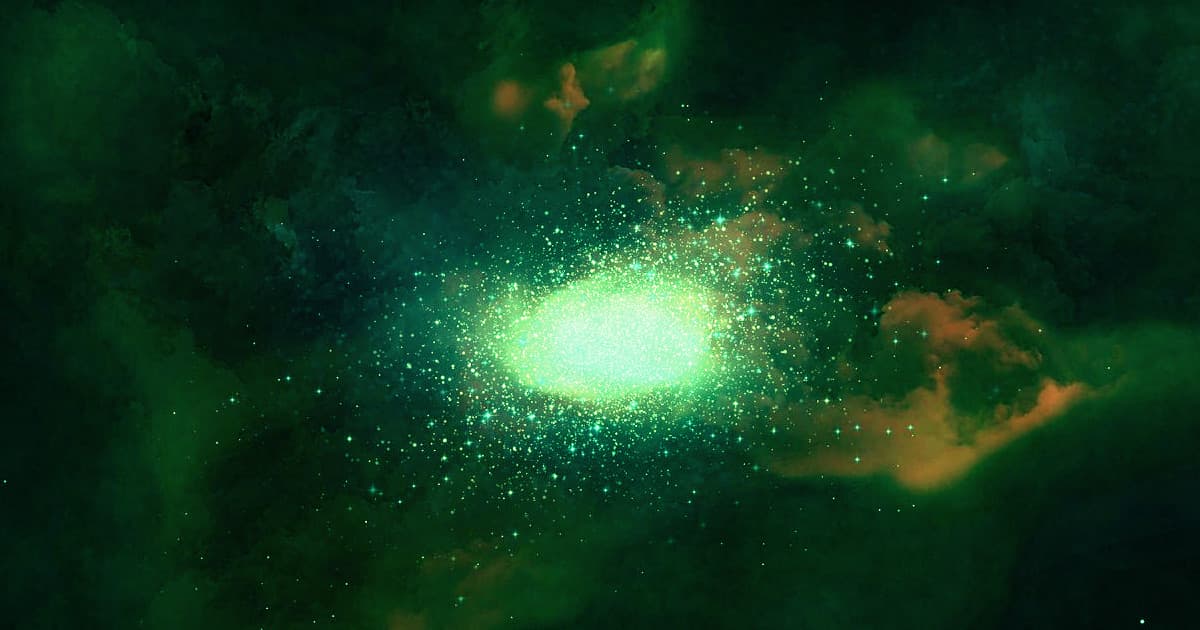 "We are witnessing... the earliest environmental pollution in the Universe."

"We are witnessing... the earliest environmental pollution in the Universe."

Today, our universe is rife with carbon — it's in the stars, planets, plants, and people — but when the Big Bang happened, there wasn't a carbon molecule in sight. It wasn't until stars began achieving nuclear fusion, in fact, that the element sprang into being.

Astronomers have long wondered how that carbon subsequently spread throughout the universe — and newly discovered "cocoons" of gaseous carbon around young galaxies could help solve the mystery.

On Monday, an international team of researchers published a new study in the Astrophysical Journal. It details their use of the Atacama Large Millimeter/submillimeter Array to detect carbon cocoons around galaxies so distant that the observations date to just one billion years after the Big Bang.

The cocoons have a mind-boggling radius of 30,000 light-years, and they mark the first confirmation that stars in the early universe produced carbon that spread beyond their galaxies.

Current theoretical models of the universe can't explain the cocoons, but the ALMA team already has a few ideas.

"Supernova explosions at the final stage of stellar life expel heavy elements formed in the stars," researcher Rob Ivison said in a press release. "Energetic jets and radiation from supermassive black holes in the centers of the galaxies could also help transport carbon outside of the galaxies and finally to throughout the Universe."

"We are witnessing this ongoing diffusion process," he continued, "the earliest environmental pollution in the Universe."

Bangs and Bounces
Scientists Say Stuff Might Have Been Happening Before the Big Bang
11. 5. 22
Read More
Primordial Tap Water
The Early Universe Was a Vast Liquid Ocean, Scientists Say
6. 3. 21
Read More
Big Sky
Scientists Say New Experiment Will Determine "Fate of the Universe"
5. 4. 21
Read More
+Social+Newsletter
TopicsAbout UsContact Us
Copyright ©, Camden Media Inc All Rights Reserved. See our User Agreement, Privacy Policy and Data Use Policy. The material on this site may not be reproduced, distributed, transmitted, cached or otherwise used, except with prior written permission of Futurism. Articles may contain affiliate links which enable us to share in the revenue of any purchases made.
Fonts by Typekit and Monotype.