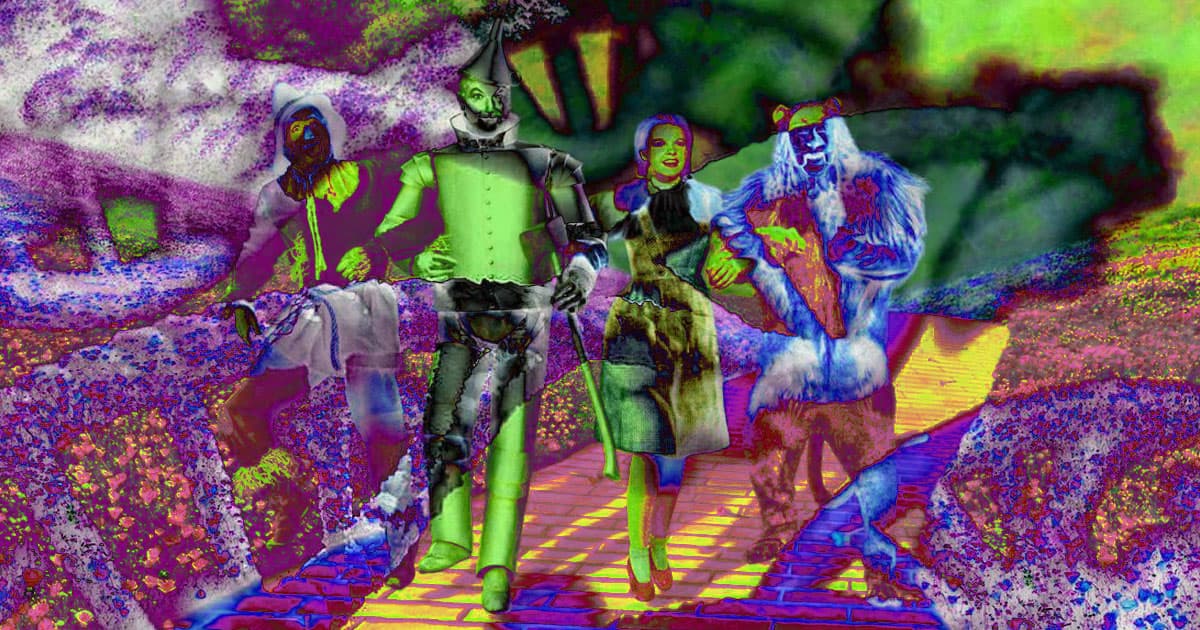 Scientists Stored "The Wizard of Oz" on a Strand of DNA

The intricate arrangement of base pairs in our DNA encodes just about everything about us. Now, DNA contains the entirety of "The Wonderful Wizard of Oz" as well.

A team of University of Texas Austin scientists just vastly improved the storage capacity of DNA and managed to encode the entire novel — translated into the geek-friendly language of Esperanto — in a double strand of DNA far more efficiently than has been done before. DNA storage isn't new, but this work could help finally make it practical.

Big tech companies like Microsoft are already exploring DNA-storage technology, as the biomolecule can encode several orders of magnitude more information per unit volume than a hard drive. But DNA is particularly error-prone. It can easily be damaged and erase whatever's stored on it.

"The key breakthrough is an encoding algorithm that allows accurate retrieval of the information even when the DNA strands are partially damaged during storage," molecular biologist Ilya Finkelstein said in a UT Austin press release.

"We found a way to build the information more like a lattice," UT Austin researcher Stephen Jones said in the release. "Each piece of information reinforces other pieces of information. That way, it only needs to be read once."

Mystery Meat
Lawsuit Claims That Subway "Tuna" Contains Extremely Weird DNA
11. 11. 21
Read More
Gene-Hacked Blood Suckers
Residents Furious at Release of 500 Million Gene-Hacked Mosquitoes
4. 26. 21
Read More
So Long Hard Drives
Scientists Successfully Store Data Inside DNA of Living Bacteria
1. 12. 21
Read More
+Social+Newsletter
TopicsAbout UsContact Us
Copyright ©, Camden Media Inc All Rights Reserved. See our User Agreement, Privacy Policy and Data Use Policy. The material on this site may not be reproduced, distributed, transmitted, cached or otherwise used, except with prior written permission of Futurism. Articles may contain affiliate links which enable us to share in the revenue of any purchases made.
Fonts by Typekit and Monotype.