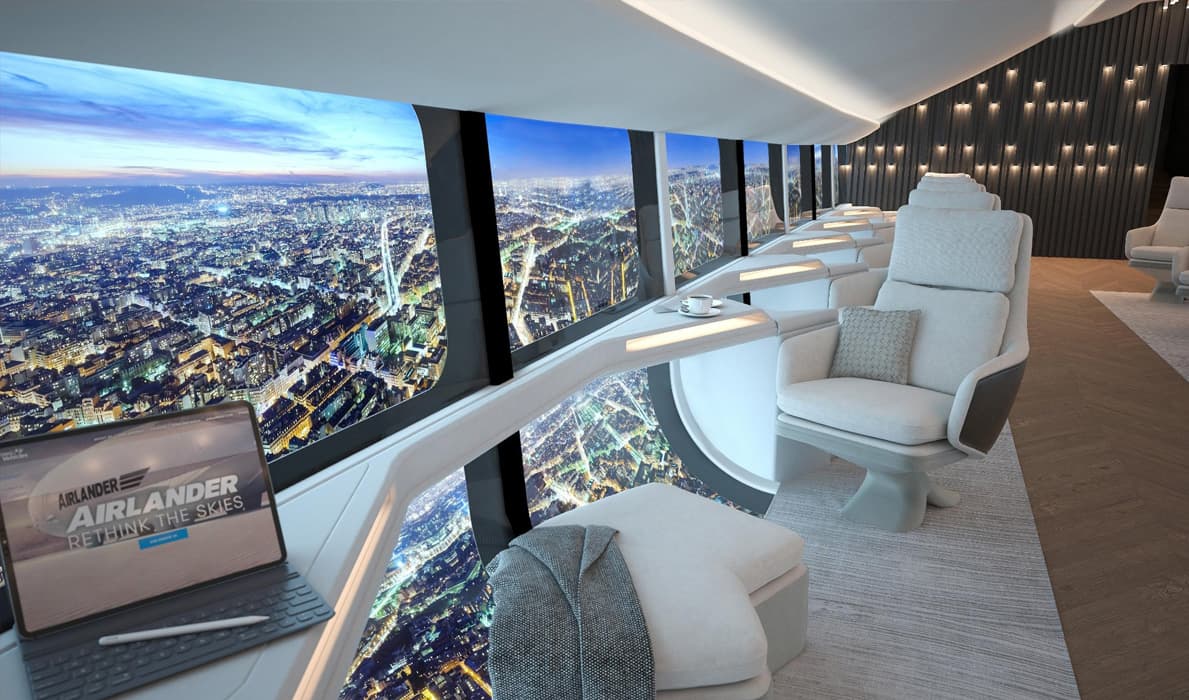 A startup called Hybrid Air Vehicles (HAV) has an unusual idea for helping clean up the aviation industry: replacing airplanes with blimps, at least for short-range flights.

Cutting down on the number of planes traveling short distances — HAV plans to travel between cities like Vancouver and Seattle or Oslo and Stockholm — could help airlines drastically cut their carbon emissions, The Guardian reports. HAV, which secured funding from Iron Maiden frontman Bruce Dickinson, says that its airships only emit about ten percent of the greenhouse gases of a passenger plane, and that number could shrink even further as the company works to electrify its fleet.

HAV CEO Tom Grundy compared his company's airships to a "fast ferry." The company claims that a short-range blimp journey would take just about the same amount of time as riding an airplane, but that's only when the time spent checking in, navigating security, and waiting at an airport is factored in as part of the total journey.

For now, HAV is still working out deals and partnerships with existing airlines, according to The Guardian, but it hopes to announce routes within the coming months. At that point, airlines that buy into the idea may be able to start cutting back on the number of flights between nearby cities.

"This isn't a luxury product," Grundy told The Guardian, "it's a practical solution to challenges posed by the climate crisis."

"We've got aircraft designed to travel very long distances going very short distances when there is actually a better solution," Grundy added. "How much longer will we expect to have the luxury of traveling these short distances with such a big carbon footprint?"

Personal Aviation
Inventor Says He's Built a Real Life Flying Motorcycle
5. 6. 22
Read More
Ride the Lightning
This Scientist Says He's Built a Jet Engine That Turns Electricity Directly Into Thrust
7. 1. 20
Read More
Plane Nonsense
Experts Don't Know Why Boeing 777 Doused Children With Jet Fuel
1. 16. 20
Read More
+Social+Newsletter
TopicsAbout UsContact Us
Copyright ©, Camden Media Inc All Rights Reserved. See our User Agreement, Privacy Policy and Data Use Policy. The material on this site may not be reproduced, distributed, transmitted, cached or otherwise used, except with prior written permission of Futurism. Articles may contain affiliate links which enable us to share in the revenue of any purchases made.
Fonts by Typekit and Monotype.