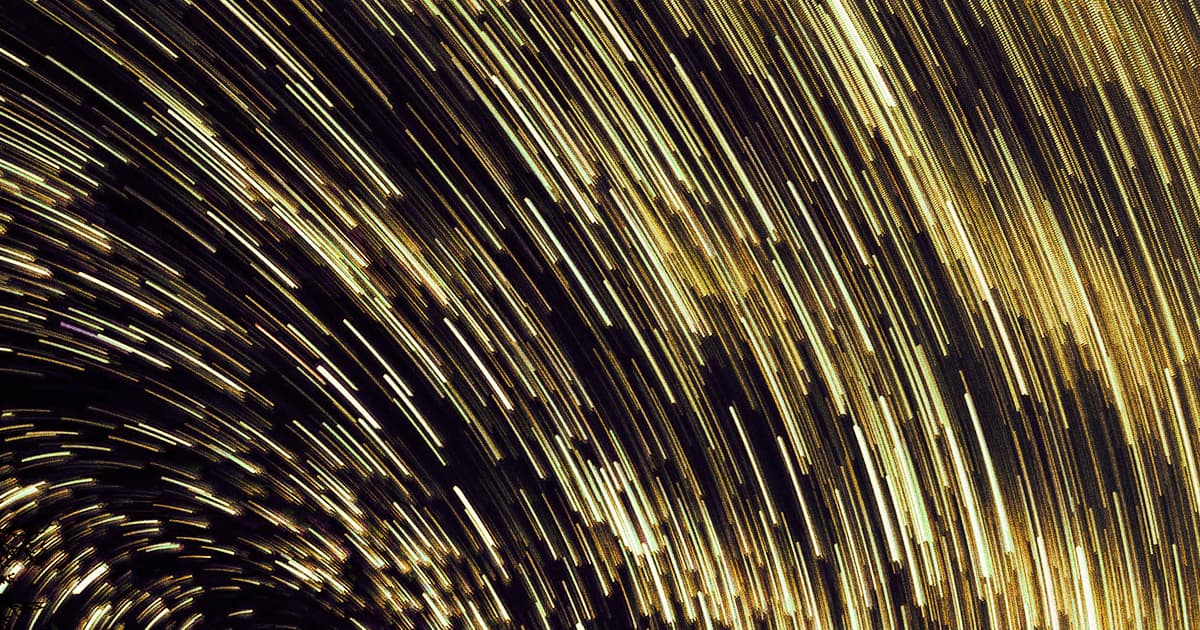 Stars ejected by black hole mergers travel so fast that time starts to break down.

Stars ejected by black hole mergers travel so fast that time starts to break down.

Stars located near the supermassive black holes at the center of a galaxy can take some pretty wild trips through the cosmos.

That's especially true when two of those black holes merge together, former Harvard astronomy chair Avi Loeb wrote in Scientific American. Whether they're ejected by powerful gravitational fields or massive cosmic blasts, these stars can be sent careening through the galaxy at nearly the speed of light. And because of the quirks of special relativity, they essentially time travel while doing so.

Traveling close to the speed of light brings some wonky physics into effect. Speeds like that bring into play what's called time dilation, or a phenomenon where a speeding object perceives less time passing than a stationary one. That's why, in the famous "twin paradox" thought experiment, a twin who goes on a high-speed space journey returns to Earth younger than their sibling.

Time dilation and its cousin space contraction, in which perceived travel distances change, technically happen at any speed — even when you're just walking down the street. But their effects are so subtle until you approach the speed of light that they're all but inconsequential.

Of course, it wouldn't be an Avi Loeb essay if he didn't talk about what this means for theoretical alien lifeforms. In this case, he thinks that these rocketing stars could make for incredible interstellar tourist destinations, both for aliens who want to take a near-light-speed journey themselves or others who simply want to watch the show.

"All in all, galactic nuclei offer launch sites for the fastest habitable platforms that nature offers for free," Loeb wrote. "It would not be surprising if advanced technological civilizations choose to migrate toward galactic centers for the same reason that astronauts and spectators flock to Florida’s Cape Canaveral during rocket launches."

READ MORE: Stars That Race through Space at Nearly the Speed of Light [Scientific American]