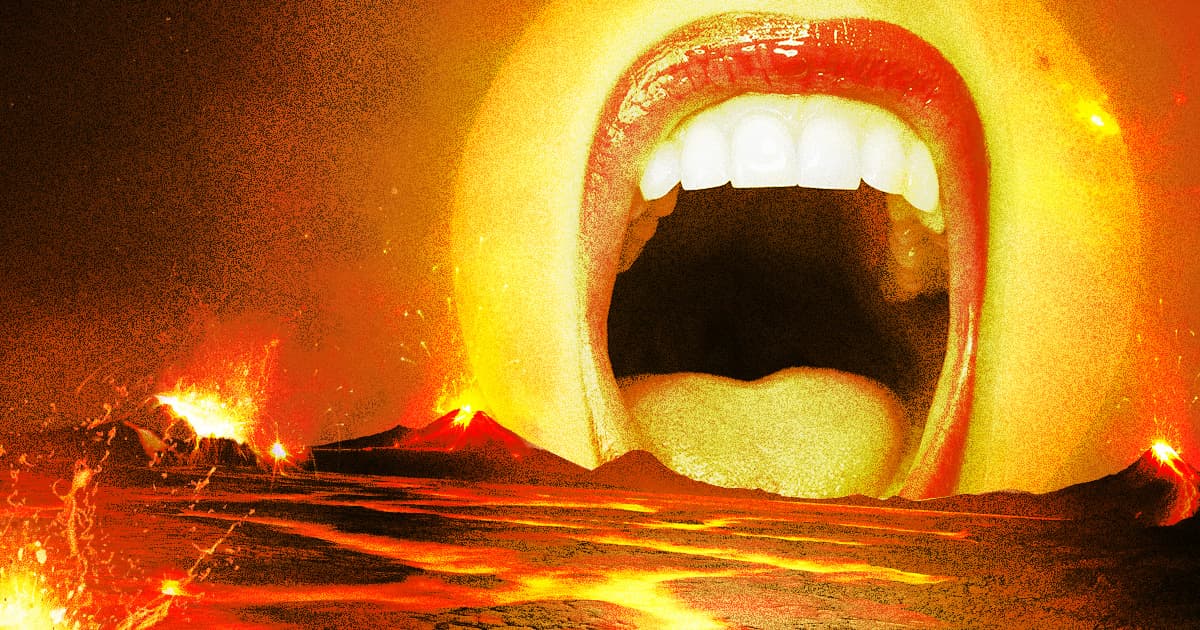 At least we know not to settle there.

At least we know not to settle there.

The search for a habitable world where alien life could be thriving has hit a new roadblock. An extremely large number of stars, scientists say, keep swallowing their own planets as little snacks.

Not only do 30 to 35 percent of Sun-like stars end up consuming several of their own planets, but there are signs that astronomers can look for in order to determine which stars indulged in a little planetary snack, according to research published Monday in Nature Astronomy. Not only is that valuable insight into how other star systems grow and behave, but Science Magazine reports that it could help astronomers hunting for habitable worlds identify which systems they can safely disregard.

After looking at 108 binary systems with Sun-like stars, the Astronomical Observatory of Padua scientists behind the study found that certain chemical signatures in stars can serve as clear indications that they consumed their planets.

"If a star is anomalously rich in iron but not in other elements such as carbon and oxygen, this can be interpreted as a signature of planetary engulfment," Padua researcher and lead study author Lorenzo Spina told Science.

This isn't the first time that researchers have looked into planetary engulfment, but this new study involved a much larger set of data than previous research, painting a far clearer picture of what's going on.

"This is clearly a strong trend," NASA astronomer Eric Mamajek, who didn't work on the study, told Science Magazine. "This will probably end up being one of the classic papers on this subject."

What this all means is that scientists probing the cosmos for a possibly-habitable world can save some time by looking at the stars first. If a good candidate star contains mainly lighter elements like hydrogen, helium, oxygen, and carbon, then it probably abstained from snacking on its planets.

READ MORE: One-third of Sun-like stars may have eaten their planets [Science Magazine]