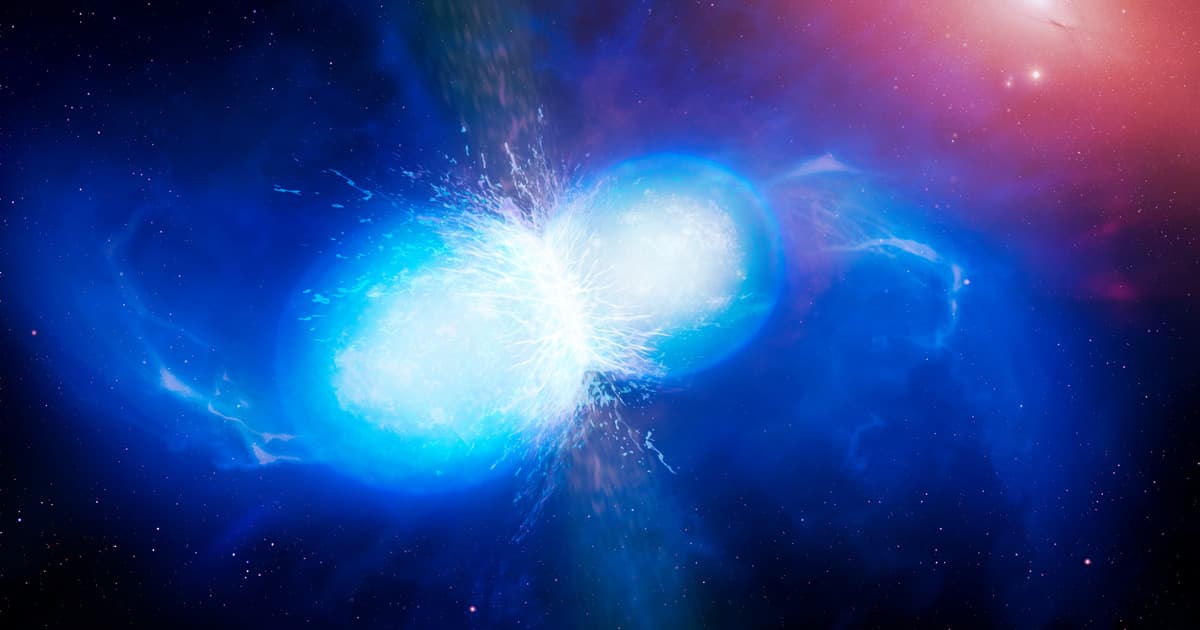 After an onslaught of gamma rays reached astronomers' telescopes in May, they rushed to train more instruments on what they assumed was a merger of two neutron stars.

The resulting explosion was ten times stronger than they expected, according to Space.com. As a result, the Northwestern University-led research, set to be published in The Astrophysical Journal, concludes that the astronomers observed the very rare birth of a type of dead star called a magnetar.

Neutron stars are the extremely dense remnants of dead stars that detonated in a supernova but weren't quite large enough to collapse into a new black hole. Magnetars are a class of neutron star known for producing the most powerful magnetic fields in the universe.

"We know that magnetars exist because we see them in our galaxy," lead study author and Northwestern astronomer Wen-fai Fong said in a press release. "We think most of them are formed in the explosive deaths of massive stars, leaving these highly magnetized neutron stars behind. However, it is possible that a small fraction form in neutron star mergers. We have never seen evidence of that before, let alone in infrared light, making this discovery special."

The unusual discovery comes from the fact that the scientists were extremely quick-fingered with their instruments. Had they been slower, they might have missed the show altogether.

"Amazingly, Hubble was able to take an image only three days after the burst," Fong said in a different release. "When Hubble looked again at 16 days and 55 days, we knew we had not only nabbed the fading [merger], but that we had also discovered something very unusual."

READ MORE: Scientists spot a 'kilonova' flash so bright they can barely explain it [Space.com]

More on magnetars: A Dead Star Gave Off Something Scientists Have Never Seen Before

Space Lumps
Scientists Say We May Be Extremely Wrong About the Universe
4. 28. 22
Read More
Into Darkness
Inside NASA's Bold Proposal to Probe the Mysteries of Dark Matter
3. 11. 22
Read More
Ayy Lmao
Scientists Puzzled by "Spooky" Object Sending Radio Signals Every 18 Minutes From Deep Space
1. 27. 22
Read More
+Social+Newsletter
TopicsAbout UsContact Us
Copyright ©, Camden Media Inc All Rights Reserved. See our User Agreement, Privacy Policy and Data Use Policy. The material on this site may not be reproduced, distributed, transmitted, cached or otherwise used, except with prior written permission of Futurism. Articles may contain affiliate links which enable us to share in the revenue of any purchases made.
Fonts by Typekit and Monotype.