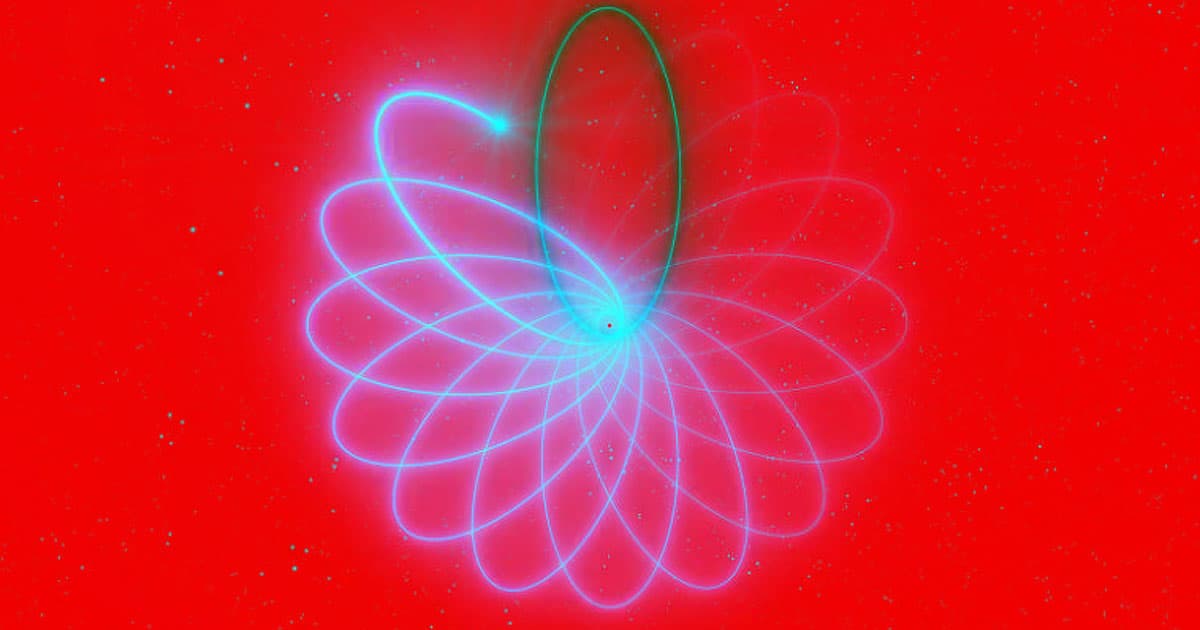 A star orbiting the supermassive black hole at the center of the Milky Way has a bizarre orbit — but also one that strongly supports Einstein's theories.

After monitoring the star, dubbed S2, for 27 years straight, astronomers from the Max Planck Institute determined that it traces a distinct flower-like shape as it orbits, CNN reports. The fact that the star makes a rosette as it travels supports Einstein's theory of general relativity, which predicts that such a pairing would remain dynamic instead of fixed in a set, ellipse-shaped orbit.

S2's orbit around the black hole Sagittarius A* isn't the first evidence for the theory of general relativity — but the research, published last month in the journal Astronomy & Astrophysics, strengthens the idea even further.

"This famous effect — first seen in the orbit of the planet Mercury around the Sun — was the first evidence in favor of general relativity," Reinhard Genzel, director at the Max Planck Institute for Extraterrestrial Physics, said in a press release. "One hundred years later we have now detected the same effect in the motion of a star orbiting the compact radio source Sagittarius A* at the center of the Milky Way."

The decades of data have an added bonus — it helps confirm scientists' theories about the size and behavior of the black hole itself.

"This observational breakthrough strengthens the evidence that Sagittarius A* must be a supermassive black hole of 4 million times the mass of the sun," Genzel added.

READ MORE: Astronomers saw a star dancing around a black hole. And it proves Einstein's theory was right [CNN]