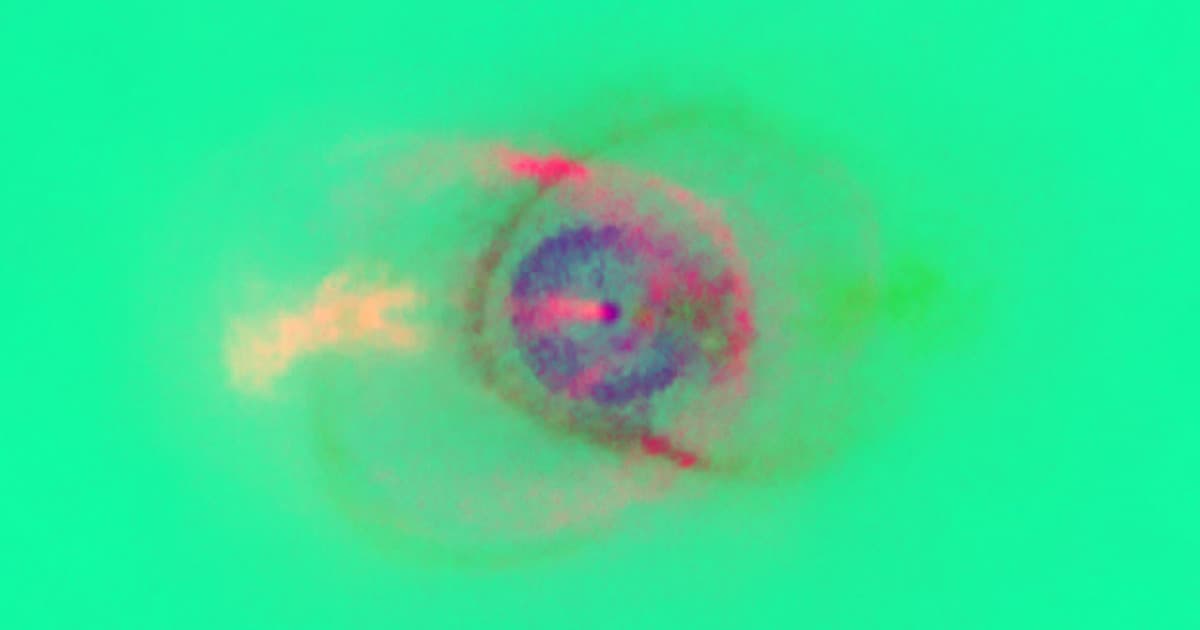 This Epic Star Battle Looks Like Something From a “Thor” Movie

This is what happens when a red giant brutally eviscerates its twin.

This is what happens when a red giant brutally eviscerates its twin.

The result is a gorgeous and colorful composite image that looks like it’s straight out of the Marvel Cinematic Universe.

Scientists combined data from ALMA and a separate radio telescope, the Atacama Pathfinder Experiment (APEX) — freezing in time the confrontation between the two stars that resulted in a strange outburst of gas clouds.

Instead of becoming red giant stars, a late developmental stage in a star’s life cycle in which it becomes incredibly hot and massive, the binary system experienced something strange.

“The star system HD101584 is special in the sense that this ‘death process’ was terminated prematurely and dramatically as a nearby low-mass companion star was engulfed by the giant,” Hans Olofsson of the Chalmers University of Technology, Sweden, who recently investigated the star system, said in a European Space Agency statement.

In other words, one star grew into a massive red giant and swallowed the other in a death battle.

The colorful rings shown in the visualization are the smaller star shedding layers of gas as it spirals towards its much larger companion star.

The new image could help astronomers understand how and why Sun-like stars die in this way — a process that remains mysterious.

More on binary star systems: These Two Stars Will Collide in a Spectacular Explosion