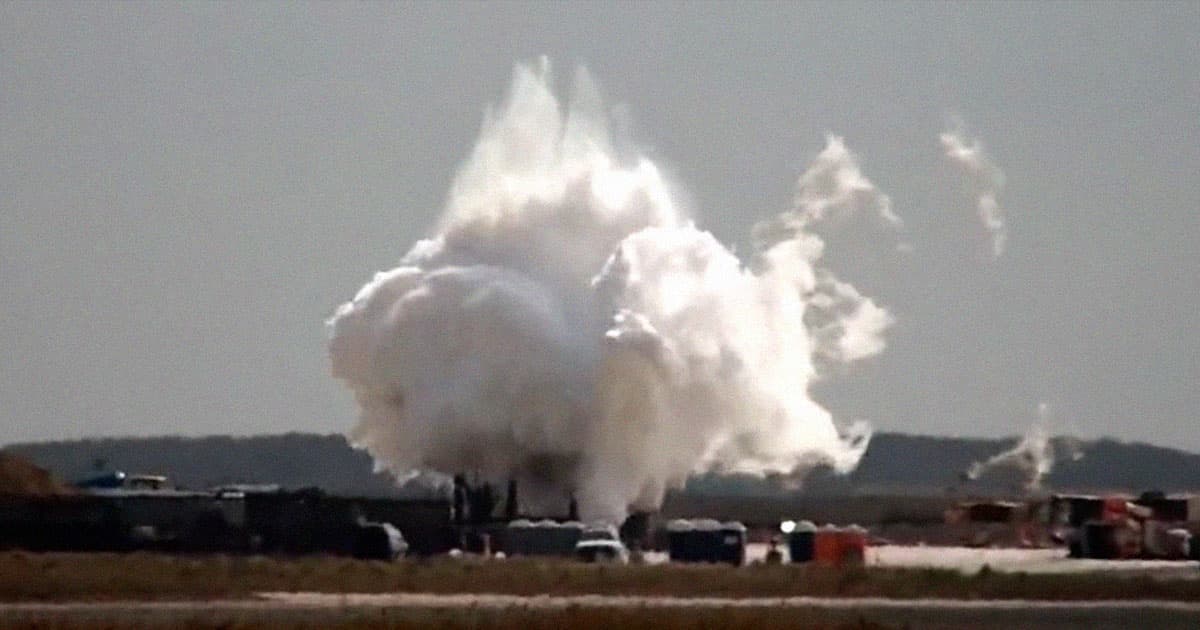 It blew up in a massive cloud of nitrogen.

It blew up in a massive cloud of nitrogen.

It’s been a big week for violent explosions.

Not to be outdone by the recent massive undersea volcanic eruption in the Pacific Ocean, SpaceX went ahead and blew up a test tank filled with liquid nitrogen at its launch facility at Boca Chica, Texas on Tuesday. It’s unclear whether the explosion was intentional.

See it for yourself below:

The dramatic explosion occurred after SpaceX’s GSE-4 test tank was filled with liquid nitrogen and pressurized. The company typically uses these tanks to test the structural integrity of material that it’ll eventually use on spacecraft.

While it’s still hazy whether the company intended to test the tank until failure — exploding violently, that is — it seems like it might have been unintentional. Other angles captured of the explosion show cars and equipment nearby. It’s unlikely that they wouldn’t have cleared the area if they knew it would explode. (Nearby porta-potties, one sharp-eyed observer noted, appear to have survived the blast.)

Then again, the company has blown up these test tanks on purpose before. In June 2020, it blew up a tank to test out a Starship prototype — so it could have been completely intended.

Of course, explosions are part and parcel when it comes to SpaceX. The company has a history of its rockets blowing up on its launch and landing pads. Regardless, it’s pretty cool to see one produce massive clouds of nitrogen rather than humongous fireballs.