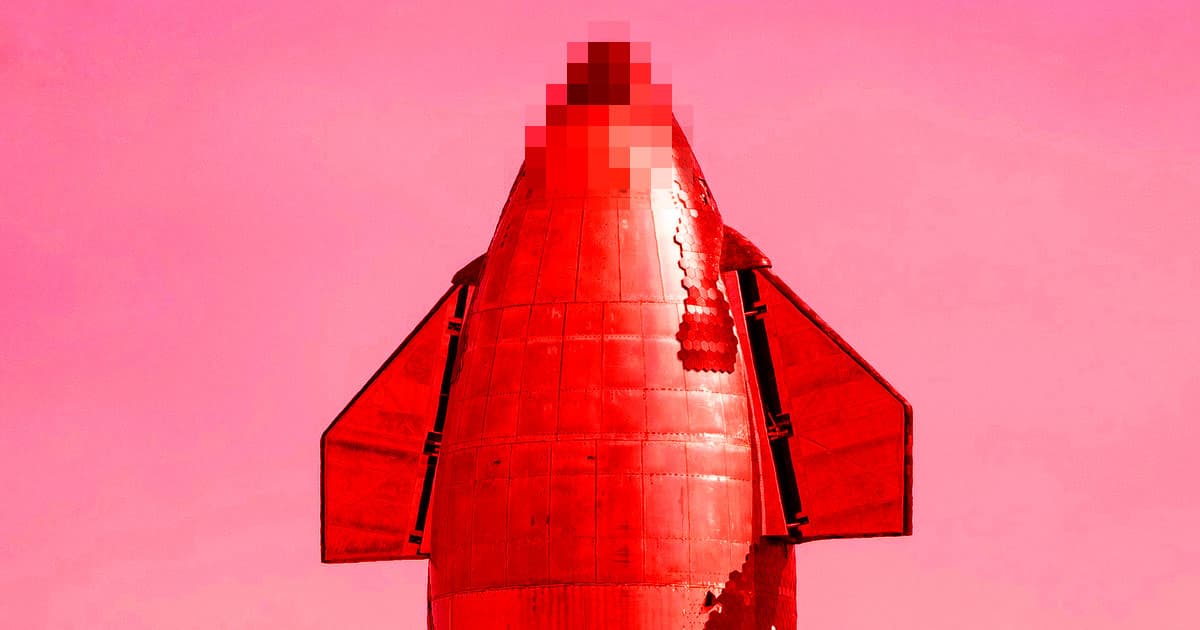 Rocketry is, obviously, a jaw-dropping feat of human ingenuity — but at certain times, it can also be really freakin' funny.

Case in point: a wonderful shot by NASASpaceFlight photojournalist Nic Ansuini, which appears to show a chagrined face atop one of SpaceX's Starships prototypes.

“the faa will be done soon”

Ansuini told Futurism that the photo he posted shows a Starship nosecone likely to be placed atop Ship 25 or 26. The nonplussed face, he says, was likely affixed using spot welding.

Referencing SpaceX's long-running feud with the FAA, Ansuini provided commentary for the grim-faced nosecone: "the [FAA] will be done soon."

The simmering quarrel between the FAA and SpaceX CEO Elon Musk began back in January 2021, when the agency scrubbed a Starship launch at the last minute, earning criticism from Musk.

In the ensuing 14 months, the FAA has continued to repeatedly push back its regulatory review of SpaceX's orbital launches. We've since learned that SpaceX didn't heed FAA warnings that its license could be revoked if it launched without government clearance — a move which ended with a Starship literally exploding.

After yet another pushback on the timeline, the FAA's latest date for SpaceX's environmental review is now April 29 — though it remains to be seen whether it'll actually happen at that time, given the historical tensions between the agency and the spaceflight company.

Until then, SpaceX fans will be waiting impatiently with the same look on their faces as the snoot of this Starship nosecone.