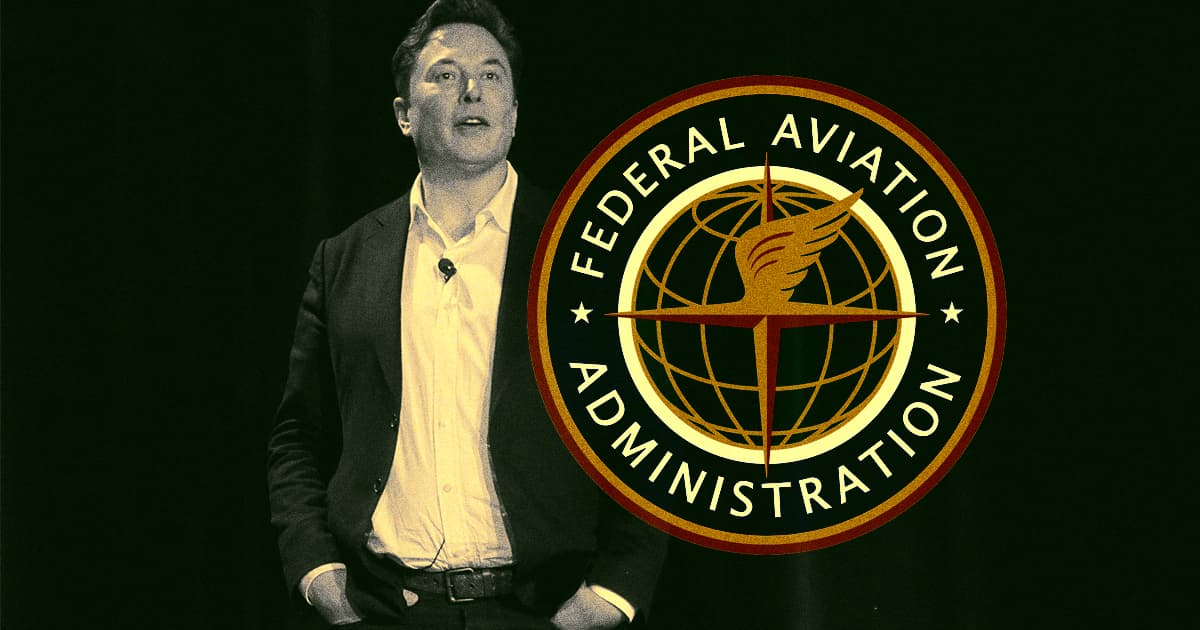 Stanford Professor: Elon Musk and the FAA Are Both Out of Line

"Regardless of the antics of its CEO..."

"Regardless of the antics of its CEO..."

Things came to a head between SpaceX and the Federal Aviation Administration when CEO Elon Musk publicly lashed out at the regulatory group, writing that under its rules, "humanity will never get to Mars."

On one level, the story appears to be a tale of a responsible government agency trying to curb a reckless company, Stanford University adjunct professor Steve Blank argued in a new Space News op-ed. But Blank feels that both parties are in the wrong: Elon Musk for his endless "antics," as Blank calls them, and the FAA for standing in the way of innovation.

SpaceX defying the regulatory agency that ensures aerospace safety isn't a good look for the company or for Musk, but Blank comes down much harder on the FAA, arguing that it's needlessly delaying and hindering launches that stand to help bolster the U.S. space industry.

"In delaying test launches of the SpaceX Starship, the FAA desired a lengthy investigatory period that created unnecessary roadblocks for a company that for better or worse now wears the mantle of the U.S. national champion for access to space," Blank wrote in Space News.

Blank takes his criticism of the FAA even further by saying that the agency was excessively "virtue signaling," or insisting on lengthy investigations just to posture and give off the appearance of being rigorous when it's really just gumming up the works.

"Regardless of the antics of its CEO (something I know first-hand since Elon Musk’s first job in Silicon Valley was as my intern), SpaceX and others innovating with speed and urgency need to operate with different rules — ones for innovation," Blank wrote. "Rules we knew how to apply when we developed rockets and experimental aircraft in the 1950s and 60s. Rules the FAA simply no longer understands nor is capable of managing."

More on SpaceX and the FAA: FAA Says It Will Investigate SpaceX's Latest Starship Explosion