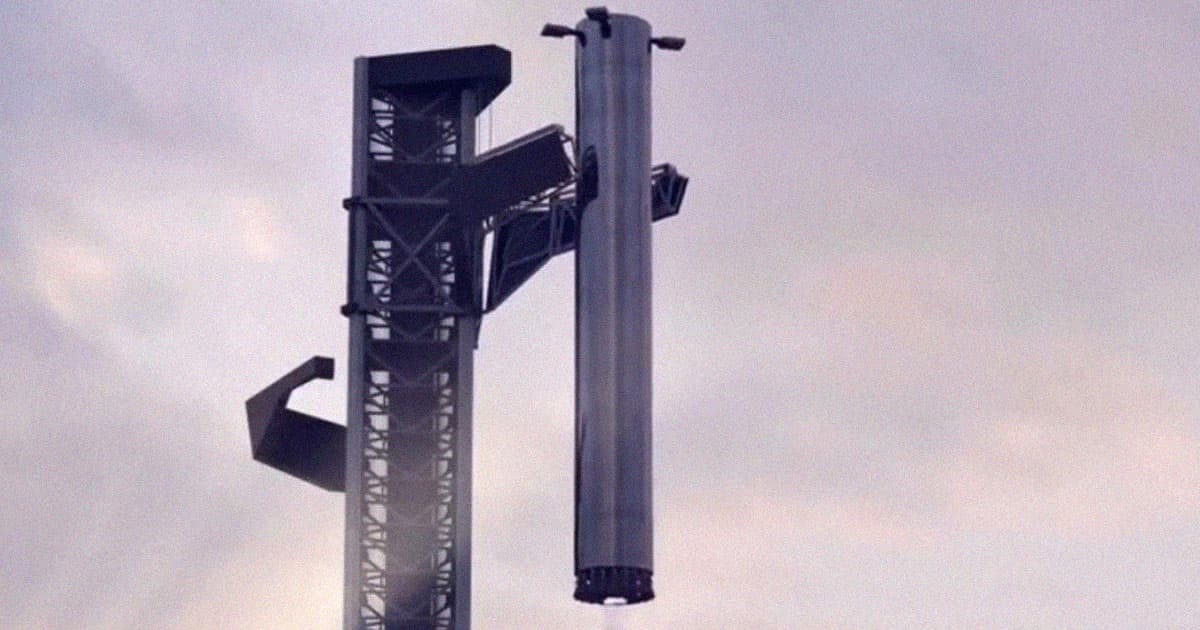 SpaceX has flexed the "Chopsticks" arm of its massive Starship-catching tower for the first time this morning at the company's testing facilities in South Texas, as spotted during a live NASASpaceflight stream.

The "Mechazilla" tower, as SpaceX CEO Elon Musk likes to call it, is meant to ensure that the space company's heavy lift rocket called Starship and its accompanying Super Heavy booster make a soft landing.

In August, Musk revealed that "SpaceX will try to catch largest ever flying object with robot chopsticks" in a tweet — a truly wild concept that could quickly turn into a disaster unless everything goes perfectly to plan.

The Starship catch/stack arm system "Chopsticks" came alive for the first time this morning, swinging to the left relative to the tower around 6:37 AM CDT.

This is the first of many motions we expect to see performed by the massive machinery.

An animation — which was deemed "pretty close" by SpaceX CEO Elon Musk — posted to Twitter in August by a SpaceX fan approximates the daring maneuver.

SpaceX has been tirelessly constructing the massive 440-foot robotic tower over the last couple of months.

When the first orbital test launch will occur is still uncertain, though, given an ongoing Federal Aviation Administration investigation.

But if Musk has his druthers, the test would occur as soon as next month, "pending regulatory approval," he added.

More on Starship: SpaceX Shares Spicy Video of Its Mars Rocket Being Tested