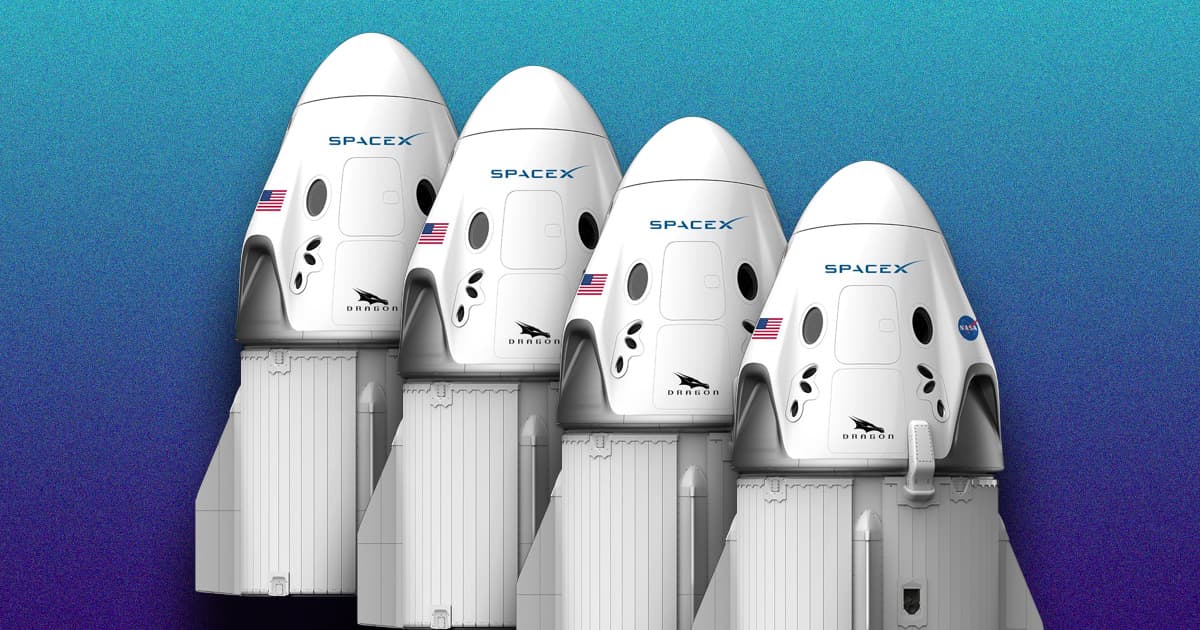 SpaceX Is Doubling Its Number of Astronaut-Carrying Spacecraft

The company is doubling down on its Dragon successes.

The company is doubling down on its Dragon successes.

SpaceX is doubling the size of its fleet of astronaut-carrying spacecraft — as well as doubling the number of cargo-carrying ones — according to officials who spoke during a briefing ahead of the space company's next crewed mission later this month.

It's a significant expansion that will widen SpaceX's already sizeable head start over the competition.

The mission, dubbed Crew-3, is set to launch on October 30. The astronauts on board will be flying to the International Space Station on board a brand new capsule, the third in the company's lineup, according to SpaceX Director of Dragon Mission Management Sarah Walker, who spoke at Wednesday's briefing. It will join the capsules Endeavor and Resilience, each of which have successfully carried astronauts into space on two occasions.

SpaceX's Crew-4 mission scheduled for April 2022 will also make use of a brand new Crew Dragon capsule, the fourth in the company's lineup.

On top of that, the space company has plans to add two new Cargo Dragon 2 spacecraft to its fleet, bringing the total number of uncrewed spacecraft to four. Together, the cargo variants have made a total of 20 trips to the ISS to date, according to the company.

That means that in a matter of months, SpaceX is growing its collection of flightworthy spacecraft from four to eight, with the addition of two new Crew Dragon and two Cargo Dragon 2 spacecraft.

The Elon Musk-led company is doubling down on its previous successes — both spacecraft have proven the viability of reusable vehicles capable of sending humans and cargo into orbit.

But when Starship comes along, the company may just change its strategy once again.

More on Crew Dragon: Space Tourist Toilet Issues Were So Bad That They Set Off an Alarm