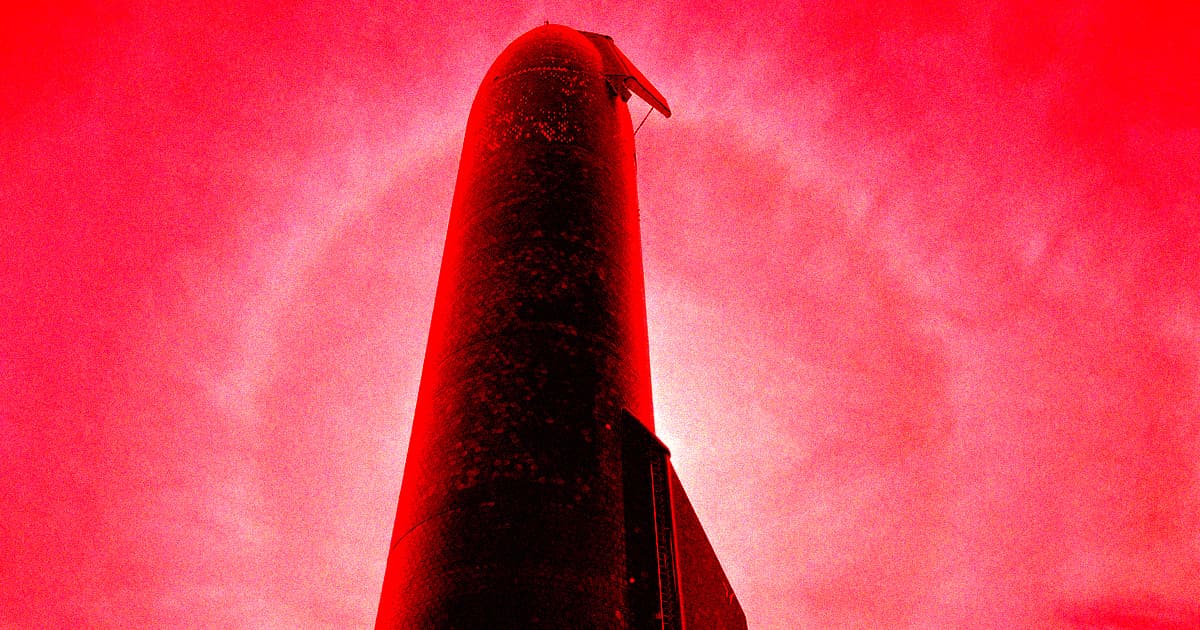 SpaceX's latest orbital Starship prototype, dubbed S20, experienced a bit of a mishap during a venting test on Monday: the pressure caused numerous of the hexagonal heat shield tiles to violently pop off.

"Headed tank vent knocked off a few tiles," SpaceX CEO Elon Musk confirmed in a Monday evening tweet, responding to another Twitter user posting a GIF of the heat shield tiles breaking off.

Don't want that kind of thing when it's flying.... pic.twitter.com/nPGbcCvkw5

According to Teslarati, the prototype threw off a good dozen tiles before the last remaining workers had cleared the area — a potentially dangerous work hazard, given that each of the tiles are about the size of a dinner plate.

The ceramic tiles serve a crucial purpose, shielding the spacecraft from blazing temperatures during reentry into the Earth's atmosphere. Starship is designed to perform a "belly-flop" maneuver to slow its descent, meaning that much of its side will need to be covered in the black tiles.

Surface temperatures during reentry can get blisteringly hot. For instance, the air hitting NASA's Space Shuttle reached well above of 2,000 degrees Fahrenheit, requiring similar tiles. Instead of being made out of ceramics, the Shuttle's tiles were made out of silica fibers, a highly effective insulator.

Each hexagonal tile is attached the Starship's stainless steel exterior with steel studs, according to Musk, but it's unclear what exactly caused the tiles to pop off during this week's test.

The S20 prototype still has many stress tests ahead of the its first orbital launch. The spacecraft will have to undergo cryogenic proof and static fire tests, Teslarati reports. According to road closure postings, the first tests could kick off as soon as later this week.

The incident is unlikely to represent a major setback for SpaceX. But the company will have to find a way to permanently and securely attach the tiles before sending Starship into orbit.

More on Starship: SpaceX Says It May Build Starships Exclusively for Space Tourism