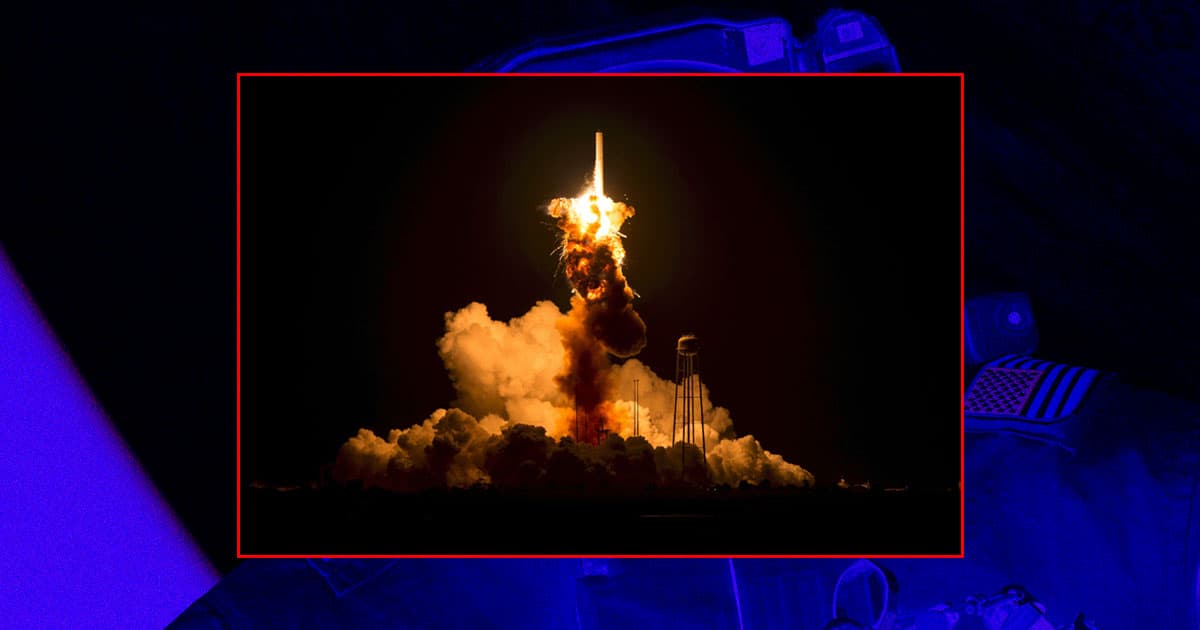 Experts raised some eyebrows when they noticed that a UK-based space tourism startup called Stellar Frontiers, which promises to connecting would-be private astronauts with commercial spaceflight companies, is accidentally using a photo of an exploding Northrop Grumman Antares rocket on its website. Worse yet, the image is mislabeled as SpaceX's Starship spacecraft, which in reality hasn't even made it to orbit yet.

"Also, be wary of space tourism companies who think that exploding rocket is SpaceX’s Starship," he added. "After all, there are plenty of images of actual Starships exploding."

It's a hilarious slip up, but also one that should probably give pause to any potential space tourists. After all, safe space travel requires a nearly superhuman attention to detail — so publishing an image of the wrong rocket, nevermind one where it's exploding, doesn't exactly inspire confidence.

Though the image is featured on Stellar Frontiers' website next to a blurb about SpaceX's Starship, it actually shows NASA attempting to launch supplies to the International Space Station using an Antares rocket from a launch complex in Virginia on October 28, 2014. Seconds after launch the rocket exploded, wiping out its precious cargo.

The failure made for some seriously spectacular photos, which likely caught the attention of employees at Stellar Frontiers, which didn't respond to a request for comment.

But the launch depicted in the photo has absolutely nothing to do with SpaceX's Starship, a massive spacecraft designed to carry astronauts to the Moon, Mars, and beyond.

The Elon Musk-led company has had its own fair share of launch failures while developing the spacecraft over the last couple of years. Several launch attempts have indeed ended in massive fireballs engulfing the entire launch pad.

Images of these launch failures can easily be found online, which only makes us wonder why Stellar Frontiers had to resort to an image showing NASA's 2014 launch failure.

At the end of the day, though, it gave lots of space enthusiasts a welcome chuckle.

"You gotta admit, the Antares explosion was probably the most visually beautiful rocket explosion of all time," one quipped. "Truly a classic."

More on Starship: Billionaire Buys SpaceX Moon Trip For Him and His Wife