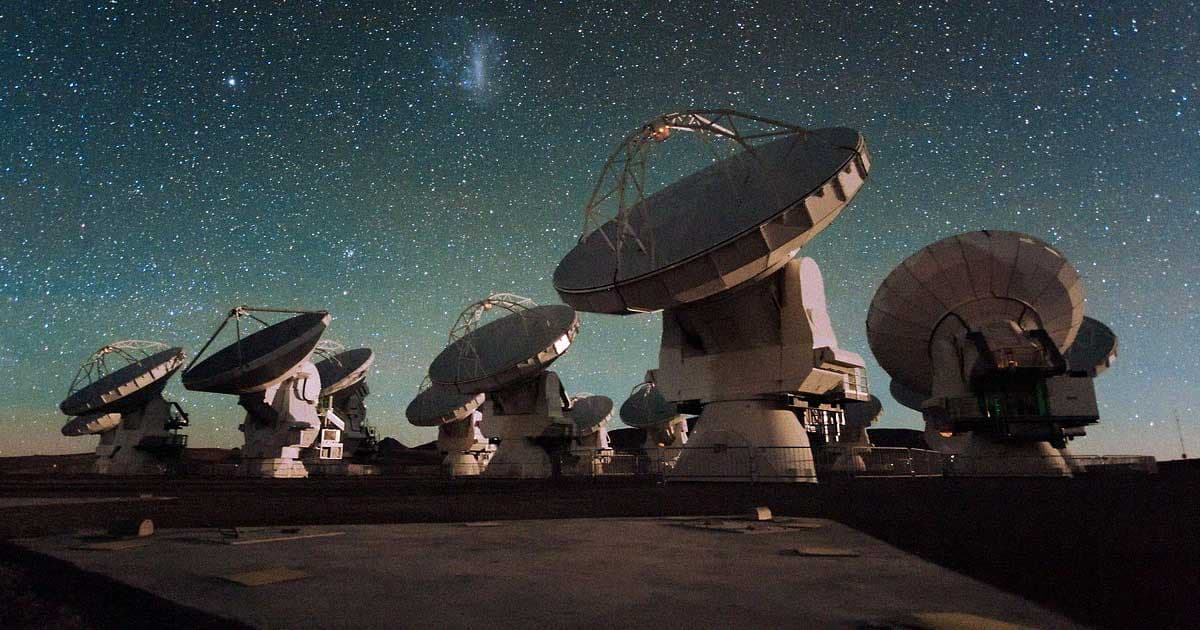 Scientists Discover Giant Alcohol Molecule Near The Center of Our Galaxy

Scientists say they've found alcohol molecules in space — though, unfortunately, it's not the type that gets you drunk.

A team from the Max Planck Institute for Radio Astronomy in Germany have discovered a cloud of propanol alcohol molecules — according to the researchers, the largest alcohol molecule ever found in space  — near the center of the Milky Way, a finding they believe could help us better understand how stars are formed.

The team discovered both iso-propanol, best known for its usefulness in making hand sanitizer, and normal propanol, the other type of propanol alcohol that is chemically quite similar, near Sagittarius B2, an interstellar region not far from Sagittarius A*, the supermassive black hole lurking at the center of our galaxy.

The region is nicknamed the "delivery room" due to it being the birthplace of a ton of stars. The discovery of these chemicals in interstellar space is part of a lengthy effort to better understand star incubator regions like Sagittarius B2.

"The detection of both isomers of propanol is uniquely powerful in determining the formation mechanism of each," said Rob Garrod from the University of Virginia, co-author of one of two new papers published in the journal Astronomy Astrophysics, in a statement.

"Because they resemble each other so much, they behave physically in very similar ways, meaning that the two molecules should be present in the same places at the same times," Garrod added.

While we've been hunting these kinds of molecules in deep space for more than 15 years, this particular discovery was only made possible now thanks to the advent of the gigantic, uber-sensitive Atacama Large Millimeter/submillimeter Array (ALMA) telescope in Chile.

Using ALMA, scientists have also been able to discover three new types of organic molecules — iso-propyl cyanide, N-methylformamide, and urea — in space since 2014, according to the press release.

Many questions remain surrounding the chemical processes involved in their birth. And while we still don't know for sure what kind of galactic mixology [nice] produced stars and other celestial objects, the discovery of huge alcohol isomers could bring us one step closer to getting that recipe.

READ MORE: The Largest Alcohol Molecule Found in Space Yet May Be The Key to Star Formation [Max Planck Institute for Radio Astronomy]

More on space: How NASA Got Price Gouged on the SLS, According to Its Former Second-in-Command

In Vino Veritas
This Startup Is Aging Red Wine on the International Space Station
11. 4. 19
Read More
Drunk Astronauts: This Beer Is the Beginning of Zero-Gravity Drinking
5. 10. 18
Read More
Hearing Help
Hearing Aids Will Be Available Over-The-Counter Starting This Fall, FDA Says
Yesterday
Read More
+Social+Newsletter
TopicsAbout UsContact Us
Copyright ©, Camden Media Inc All Rights Reserved. See our User Agreement, Privacy Policy and Data Use Policy. The material on this site may not be reproduced, distributed, transmitted, cached or otherwise used, except with prior written permission of Futurism. Fonts by Typekit and Monotype.