Drunk Astronauts: This Beer Is the Beginning of Zero-Gravity Drinking

One small drink for man, one giant party for mankind. 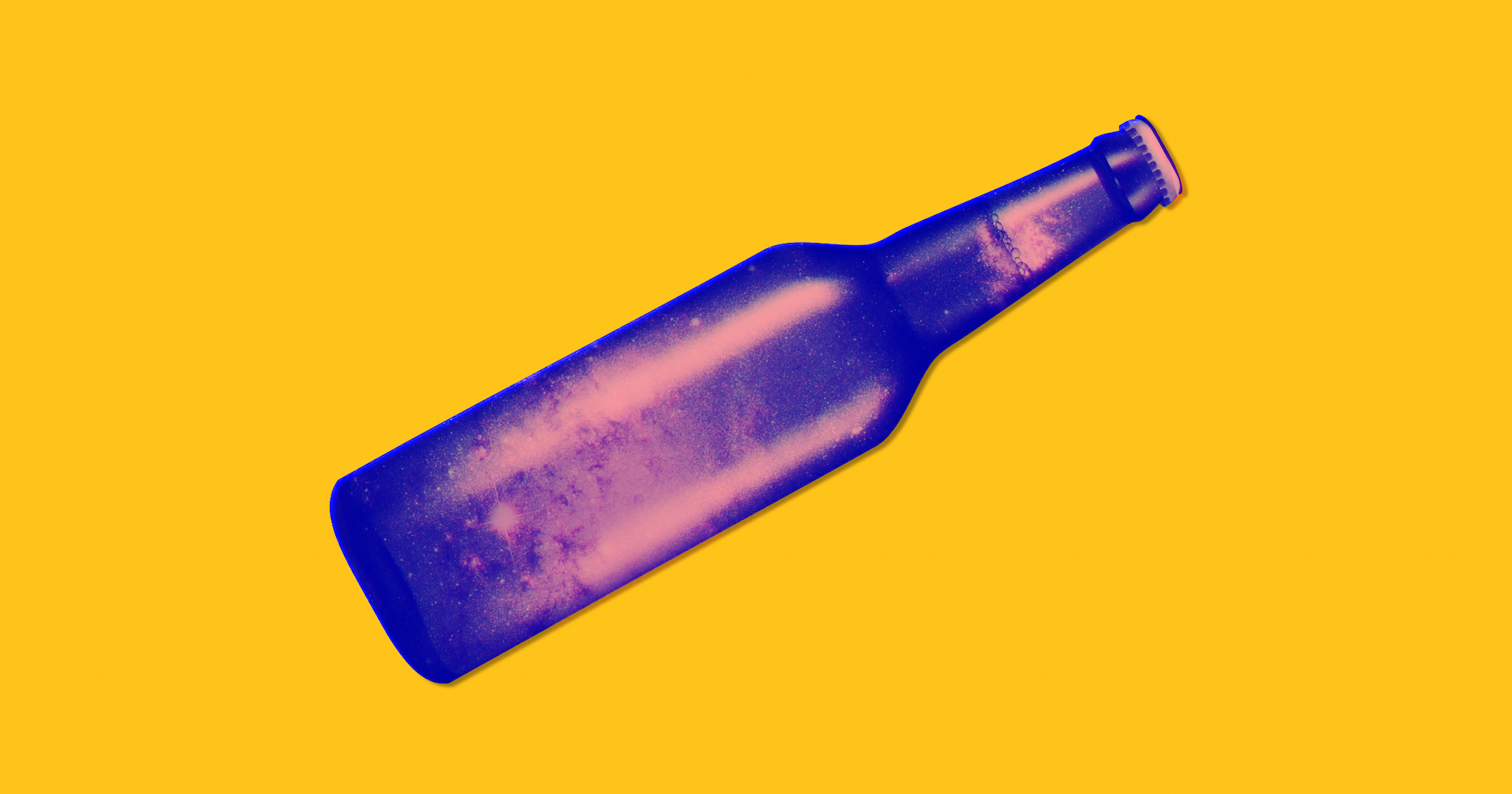 Ever since we reached towards the stars, and as a civilization, made our way upward — ever since Buzz Aldrin took communion on the moon — an awestruck human populace has often looked down the horizon of space travel, and wondered: Great, now how can we get drunk up there? And now, we've got an answer.

Australian brewery 4 Pines Brewing has teamed up with engineering firm Saber Astronautics Australia to develop a stout called Vostok Space Beer. They're currently crowdfunding a brand-new type of bottle, too. Both the bottle and the brew in it are designed for consumption in space that could turn the cold, empty void into one endless, extraterrestrial party.

Mind you, this comes just days after Australia announced a new space agency. Coupled with this news,  'seems like the country's working hard to win the only space race that truly matters: Getting sauced, well beyond the confines of our atmosphere.

The idea behind designing a beer bottle for microgravity was to make the drinking experience as familiar as possible. Rather than relying on a squeeze bag, astronauts will be able to drink straight from the bottle thanks to surface tension — which will keep the beer clinging to the glass — and a sort of wick that will draw beer from the bottom of the bottle up towards the neck.

The beer itself is less carbonated than normal, meaning there’s less of a chance of a big bubbly mess in the middle of a space station, but also enough for the drink to still taste and feel like a beer, according to Space.com

Still, there are more hurdles facing space beer aficionados than just designing a vessel for the stout. We don’t really know how drinking in different levels of gravity will affect people’s tolerance or typical alcohol metabolism, but these are the kinds questions that the brewing and engineering team hope to research if they receive funding (and good luck getting that incredible job). But truly: While Chris Hadfield’s videos of him playing an acoustic guitar and singing aboard the International Space Station (which, currently, is a designated dry area) might present spaceflight as a tranquil vacation, there’s a lot that can go wrong. Having drunken space-sailors on deck could make matters worse.

All of this goes without mentioning the fact that interstellar beer runs would be, once your supply runs out,  expensive and difficult (the beer has to come to you, basically, and unless you've got the cash to launch a satellite into space to beer someone, you're outta luck). It's why Russian (and Anheuser-Busch) scientists have conducted experiments to see if hops and barley can grow in space.

Currently, NASA astronauts are forbidden from drinking alcohol, though there were eventually-scrapped plans to send sherry as part of an astronaut’s meals in the 1970s. Russia, however, has had fewer restrictions and even recommended that their astronauts drink cognac from time to time. You know, for their health.

But even if the ISS isn’t about to install a minibar any time soon, 4 Pines said they have received some interest from space tourism companies who might someday want to let people enjoy a cold one while bouncing around on a parabolic flight. But until that happens, you're just gonna have to do it the old-fashioned way, and pregame.