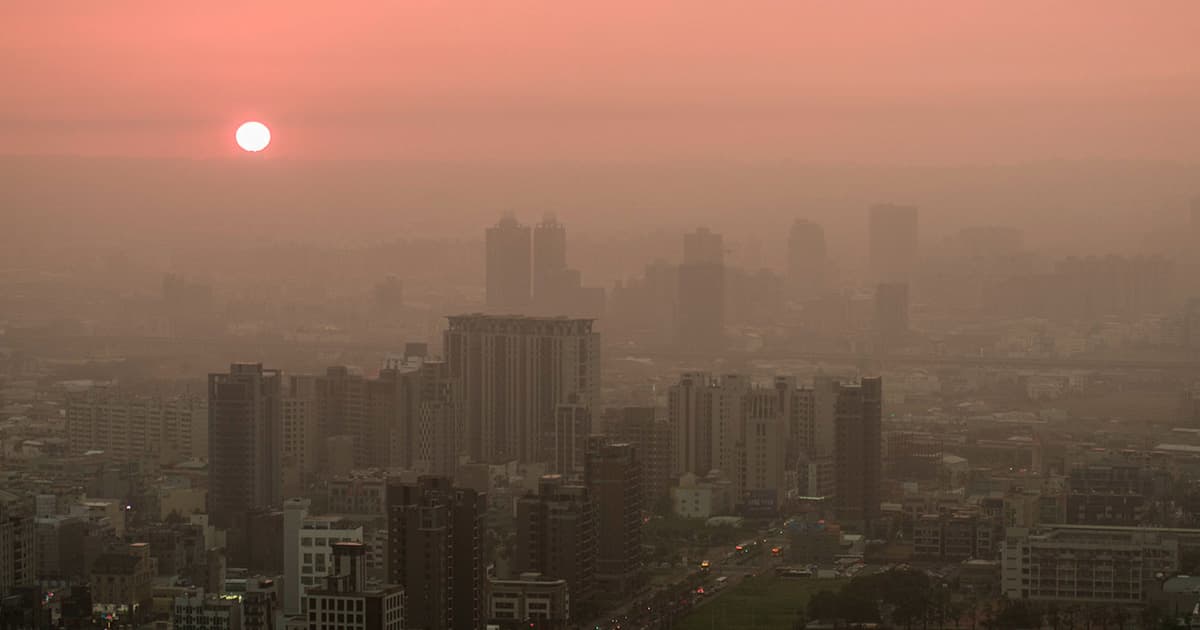 And it's not going to go away any time soon.

And it's not going to go away any time soon.

The death count as a result of the COVID-19 pandemic has been astronomical — but there may be an even bigger threat facing humanity that often goes unnoticed: air pollution, as Guardian columnist Rebecca Solnit argues in a recent opinion piece for the newspaper.

She points to one recent study that found that air pollution caused by the use of fossil fuels results in the deaths of around 8.7 million people worldwide each year, with 62 percent of deaths occurring in China and India — meaning it kills roughly three times annually as many people as the COVID-19 pandemic did last year.

Solnit argues that while the death toll of COVID-19 has been brought to the forefront of every discussion, the same can't be said about air pollution and climate change.

"We have learned to ignore other forms of death and destruction, by which I mean we have normalized them as a kind of moral background noise," Solnit argues.

"What if we treated those 8.7 million annual deaths from air pollution as an emergency and a crisis," she writes, "and recognized that respiratory impact from particulates is only a small part of the devastating impact of burning fossil fuels?"

Solnit suggests we could use the same amount of funds made available to tackle the COVID-19 pandemic and use them to fight climate change.

"In response to the pandemic, we in the US have spent trillions of dollars and changed how we live and work," she argues. "We need the will to do the same for the climate crisis."

It's certainly not an argument to look away as thousands succumb to the deadly coronavirus every day. More than 2.8 million people have died from the virus, according to the New York Times tracker, since the start of the pandemic.

But our mobilizing efforts prove that we have the resources to make a dent in much bigger problems facing humanity today — like climate change.

READ MORE: There's another pandemic under our noses, and it kills 8.7m people a year [The Guardian]

More on air pollution: This $350 Breathing Mask Is Cashing in on Climate Change

Human Experimentation
Inmates Treated With Ivermectin Without Their Knowledge
9. 7. 21
Read More
From Our Partners
10 Thought-Provoking Books That Give Us Insight And Understanding Into Our Future
8. 9. 21
Read More
From Our Partners
Help Stop The Flu With These Virus-Fighting Masks
7. 16. 21
Read More
+Social+Newsletter
TopicsAbout UsContact Us
Copyright ©, Camden Media Inc All Rights Reserved. See our User Agreement, Privacy Policy and Data Use Policy. The material on this site may not be reproduced, distributed, transmitted, cached or otherwise used, except with prior written permission of Futurism. Articles may contain affiliate links which enable us to share in the revenue of any purchases made.
Fonts by Typekit and Monotype.