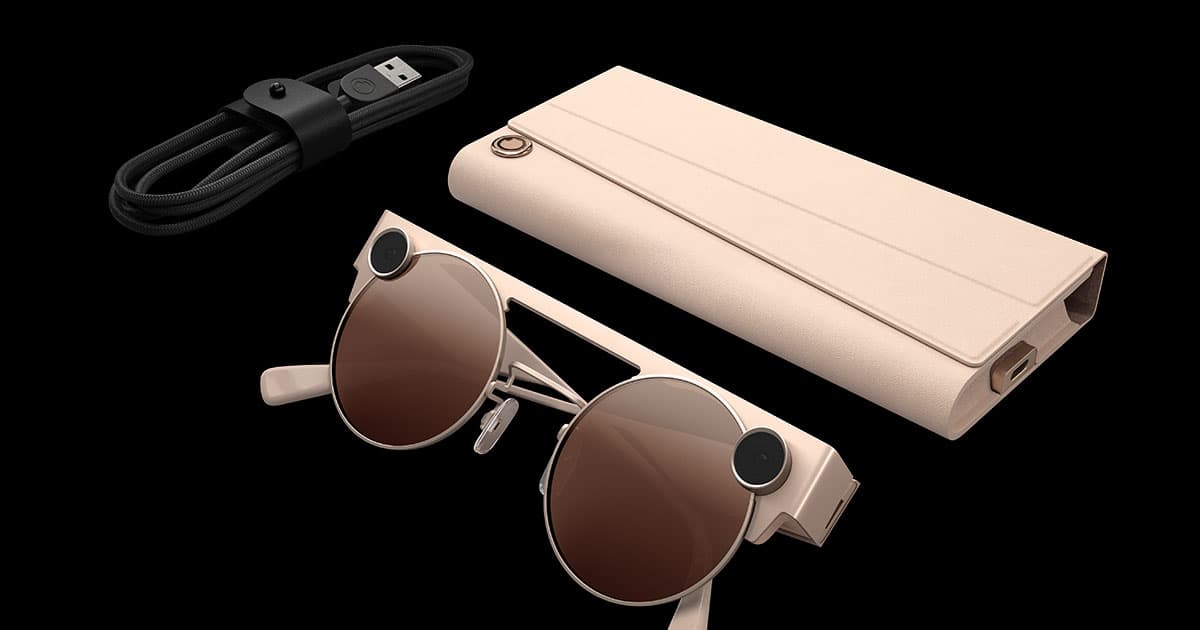 Twice the cameras, twice the cost.

Twice the cameras, twice the cost.

At $380, the glasses will be double the cost of Spectacles 2 when they launch in November, according to The Verge. Perhaps that's because they come with a second HD camera — one rests over each eye, like those old school flip-up sunglasses. But, as The Verge points out, Spectacles 3 has just as short a battery life as the last version, and makes it just as annoying to transfer pictures and video to a bespectacled person's phone.

It all raises the question of why, exactly, these trendy-looking glasses exist.

When Google unveiled its AR spectacles, Google Glass, there was immediate blowback against the "glassholes" who started wearing them around town. Now Glass is back, but largely used for industrial purposes.

Snap's AR glasses, even the shiny new Spectacles 3, still seem like a Google Glass imitator — with all the public unease of people unsure whether they're being filmed, but with fewer functions for the wearer.

In order to send out a picture recorded on Spectacles, users will have to connect their phone via Wi-Fi or Bluetooth, download them their phone, and then edit them and send them out to their friends, according to The Verge. It all seems like a bit too much of a hassle when someone could just hold their phone up to get a point-of-view-angled shot.

READ MORE: Snap announces Spectacles 3 with an updated design and a second HD camera [The Verge]

FROM THE DEPT. OF THINGS TO BUY
Best Smart Glasses for 2022
Sep 18
Read More
Not On My Wrist
Facebook's Neural Wristband Actually Sounds Pretty Cool
3. 18. 21
Read More
It Puts the Wearable on the Skin
This Wearable Uses Your Body Heat as an Energy Source
2. 23. 21
Read More
+Social+Newsletter
TopicsAbout UsContact Us
Copyright ©, Camden Media Inc All Rights Reserved. See our User Agreement, Privacy Policy and Data Use Policy. The material on this site may not be reproduced, distributed, transmitted, cached or otherwise used, except with prior written permission of Futurism. Articles may contain affiliate links which enable us to share in the revenue of any purchases made.
Fonts by Typekit and Monotype.