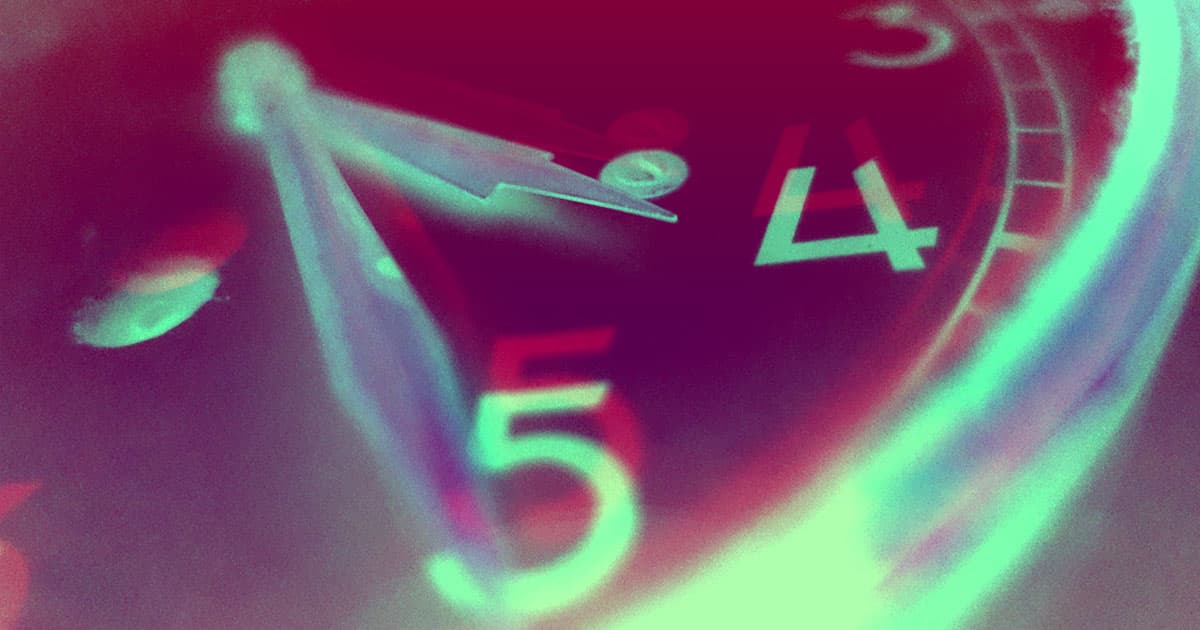 One of the fundamental mysteries surrounding the concept of time is whether it's continuous and our chronological measurements are just a way of making the sense of the world, or if it actually breaks down into discrete "ticks" at the teeniest scales.

Assuming the latter is true — Live Science reports that our technology isn't yet nearly sensitive enough to find out for sure — a team of physicists from Penn State has now theorized the absolute maximum amount of time that a universal oscillation could take.

And that's just the upper limit, based on the performance of the best atomic clocks we have. In the abstract world of mathematical theory, Live Science reports the absolute smallest unit of time could be yet another 100 billion times shorter.

But this is all theory. As atomic clocks improve, scientists may find themselves exploring smaller and smaller units of time before they ever hit a wall — and time may be truly continuous, rather than discrete.

READ MORE: The universe's clock might have bigger ticks than we imagine [Live Science]

More on time: Astrophysicist Says He Knows How to Build a Time Machine

Quacks Like a Duck
Those Headlines About Scientists Building a Wormhole Are Total Nonsense, People
12. 1. 22
Read More
Good Samaritan
Physics Dept Gets Random Box Full of $180K in Untraceable $50s and $100s
12. 22. 21
Read More
Spin Me Right Round Baby
Scientists Are Investigating If Time Warps Near a Nuclear Reactor
2. 5. 21
Read More
+Social+Newsletter
TopicsAbout UsContact Us
Copyright ©, Camden Media Inc All Rights Reserved. See our User Agreement, Privacy Policy and Data Use Policy. The material on this site may not be reproduced, distributed, transmitted, cached or otherwise used, except with prior written permission of Futurism. Articles may contain affiliate links which enable us to share in the revenue of any purchases made.
Fonts by Typekit and Monotype.