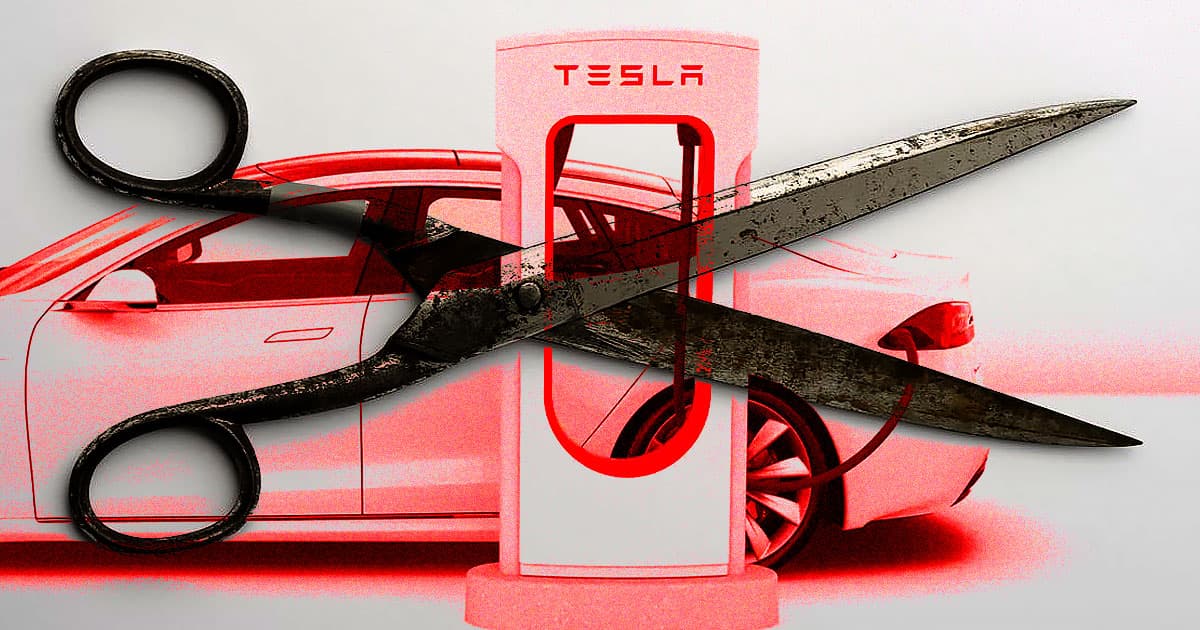 A vandal has seemingly chopped off the cables to all eight stalls of a brand new Tesla Supercharger station in Oakhurt, California — a depressing reminder, perhaps, that the anti-electric car movement is still somehow alive and well.

It’s far from the first Supercharger to have been vandalized. Cables have been cut into many times before. Some have even gone so far as to stuff raw meat into chargers. And then, of course, there are all the other instances of combustion engine truck drivers “ICE-ing” charging spots by physically blocking them.

Images shared on the Tesla Motors Club forum show the massive cables severed cleanly. It’s still unclear, however, who did the deed.

“Could be vandalism,” one Tesla Motors member suggested. “Every stall had the connectors cut.”

Another user suggested it could be “someone looking to sell the copper for scrap.

“Not sure if that’s worse or just vandalism for the sake of it because they have something against EVs,” they added.

The news comes after the electric carmaker is going through a Supercharger installation boom. The company added almost 1,000 new stations in 2021 alone, according to Electrek, an increase of almost 75 percent.

Oddly enough, the charging station was brand new — even Tesla owners didn’t know about the station yet, Electrek reports.

While it’s still unclear if the vandal was looking to demonstrate displeasure with electric vehicles or steal some copper, it’s a troubling incident. EVs are here for good — that much is certain.