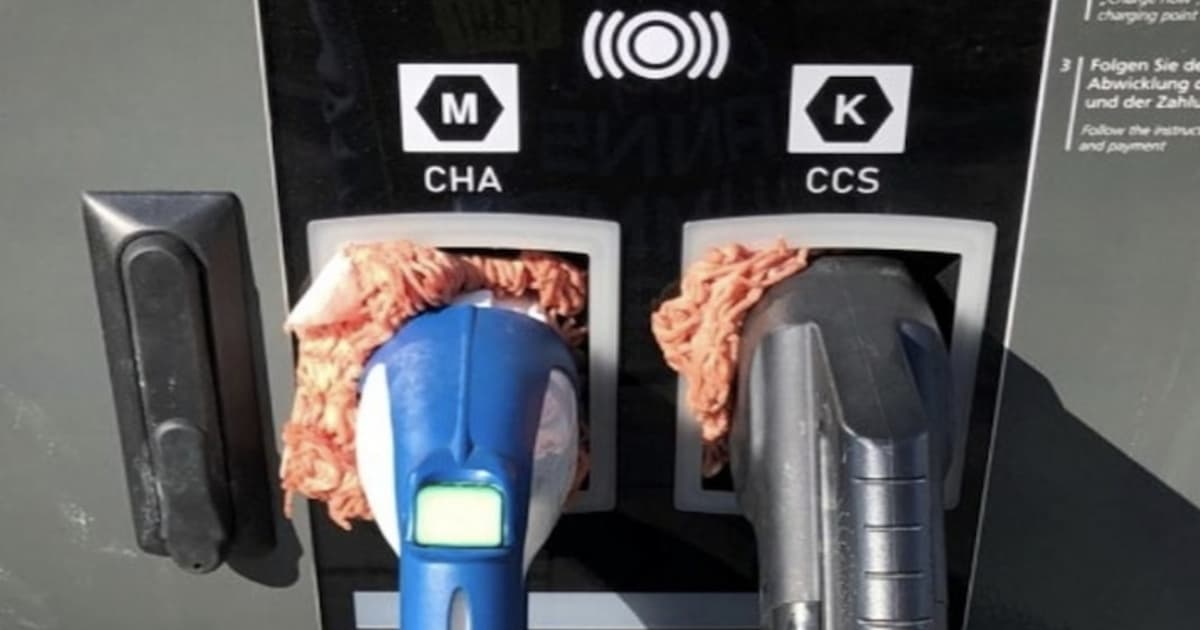 Where The Rubber Meats The Road

As electric vehicles become more popular, a growing number of detractors have come out of the woodwork to express their anti-electric car views. While most just simply turn to social media to voice their opinions, there are a few out there who have taken a more hands-on approach.

Or at least that was the case for some vandals in Germany who stuffed ground meat into some connectors at an electric charging station, according to Teslarati.

Pic, in Munich someone put minced meat in the connectors pic.twitter.com/agOiz0HxpG

The meat damaged the Munich charging station and caused it to be temporarily inoperable until its plug contacts were replaced.

While baffling, this incident was just one example of several electric vehicle charging stations that have fallen victim to vandalism in the area. In fact, Stadtwerke München (Munich Utilities) has noted a rise in vandalism cases against charging stations, according to Teslarati.

Sure, this could just be a simple prank. Or maybe it was from some hungry dude who really doesn’t understand how to cook his burgers. But there’s good reason to believe that it might have come from someone who holds ardent anti-electric car opinions — and expresses it in downright irritating ways.

After all, many Tesla owners are no strangers to this type of treatment. And of course, there’s the ICE-ing trend whereby non-electric car owners intentionally park in spots reserved for electric vehicle charging.

Unbelievable that dozens of people can show up together and think it’s a good idea to mass block an entire charging station. Photo Via @TeslaReporter on fb. #Tesla #LikeTesla #ModelS #ModelX #Model3 pic.twitter.com/mQBZWJBEmH

Despite all this, there is one thing that’s for certain: Electric cars are the inevitable future of personal transportation — and no amount of ground meat is going to stop that.