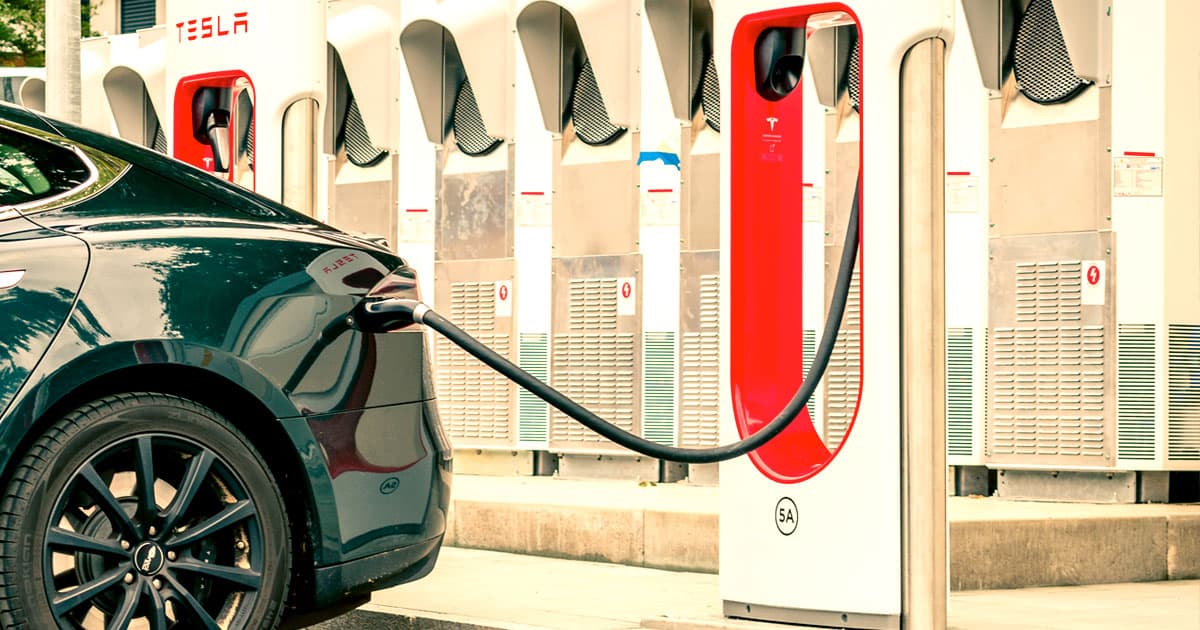 Tesla is starting to open up its chargers to other electric vehicles.

Tesla is starting to open up its chargers to other electric vehicles.

Tesla is kicking off a new pilot allowing ten of its Supercharger locations in the Netherlands to charge non-Tesla EVs — a noteworthy initative given Tesla's existing and extensive charging infrastructure.

Competing networks, particularly in North America, have struggled to keep up. Service coverage remains pretty patchy, broadly speaking, in many parts of the country.

According to Tesla, the company has built 25,000 Superchargers around the world at over 2,100 stations or hubs. Even the Arctic Circle got its share of superchargers, covering the northernmost regions of Norway, Sweden, and Finland.

"It’s always been our ambition to open the Supercharger network to Non-Tesla EVs, and by doing so, encourage more drivers to go electric," reads a statement from the carmaker. "This move directly supports our mission to accelerate the world’s transition to sustainable energy."

Tesla's betting that allowing non-Teslas to use its Superchargers will allow its proprietary network to expand even faster.

"Our goal is to learn and iterate quickly, while continuing to aggressively expand the network, so we can eventually welcome both Tesla and Non-Tesla drivers at every Supercharger worldwide," the statement continues.

Non-Tesla EV owners in the Netherlands will still need Tesla's app and a conventional payment method to make use of a Supercharger.

The company also notes that the pilot is "only accessible for CCS-enabled vehicles." CCS or Combined Charging System is, roughly speaking, the USB plug of the electric car world, though not every vehicle on the roads has one.

Tesla recently launched a $190 CCS adapter for its Model S and X to take advantage of a growing number of CCS chargers around the world. The Model 3 is already CCS-compatible upon purchase.

What still remains to be seen is how much traffic the ten charging stations will see. Many Supercharger stations in major cities are already suffering from extremely long lines, especially during public holidays — though, of course, high demand is a good problem to have.

More on Tesla: Elon Musk’s World Hunger Tweet Is Taking the UN Wildly Out of Context