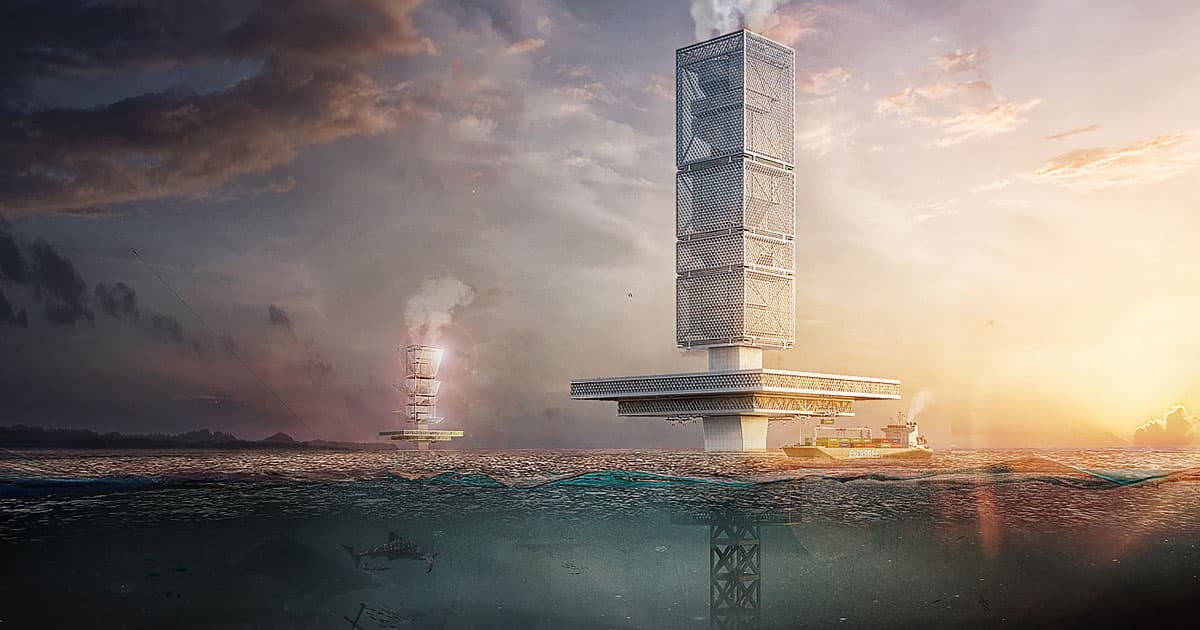 Put it right in the middle of the Great Pacific Garbage Patch.

Put it right in the middle of the Great Pacific Garbage Patch.

Architectural designer Honglin Li wants to clean up the Great Pacific Garbage Patch — a collection of floating debris about twice as big as Texas and 100 feet thick on average — by building a skyscraper right in the middle of it.

Honglin’s idea is to build Filtration, a megastructure containing several material recovery facilities and water treatment plants, on an oil rig platform near the patch.

Filtration would then use seawater to pump garbage and polluted water to the building’s top level, and then recycle the garbage and clean the water as it flows back down.

Filtration recently earned Honglin an honorable mention in architecture magazine eVolo’s 2019 skyscraper competition, so the people who know a thing or two about design seem to believe the idea has merit.

However, there’s nothing to indicate Honglin’s ocean skyscraper will ever actually be built. Even more discouraging: concrete attempts to clean up the Great Pacific Garbage Patch have produced less-than-stellar results so far.

So what’s the best way to address this massive mass of trash then? According to Holly Bamford, former director of the U.S. National Oceanic and Atmospheric Administration Marine Debris Program, we need to stop making it bigger.

“We need to turn off the taps at the source,” Bamford told Mother Nature Network in June. “We need to educate people on the proper disposal of things that do not break up, like plastics… As a society, we have to get better at reusing what we buy.”

China Isn’t Taking Our Recycling. Here’s What We Could Do With It Instead.
5. 30. 18
Read More
Europe Is Illegally Shipping Its Used Electronics to Nigeria
4. 23. 18
Read More
Old Electronics Could Be More Profitable Than Literal Gold Mines
4. 6. 18
Read More
+Social+Newsletter
TopicsAbout UsContact Us
Copyright ©, Camden Media Inc All Rights Reserved. See our User Agreement, Privacy Policy and Data Use Policy. The material on this site may not be reproduced, distributed, transmitted, cached or otherwise used, except with prior written permission of Futurism. Fonts by Typekit and Monotype.