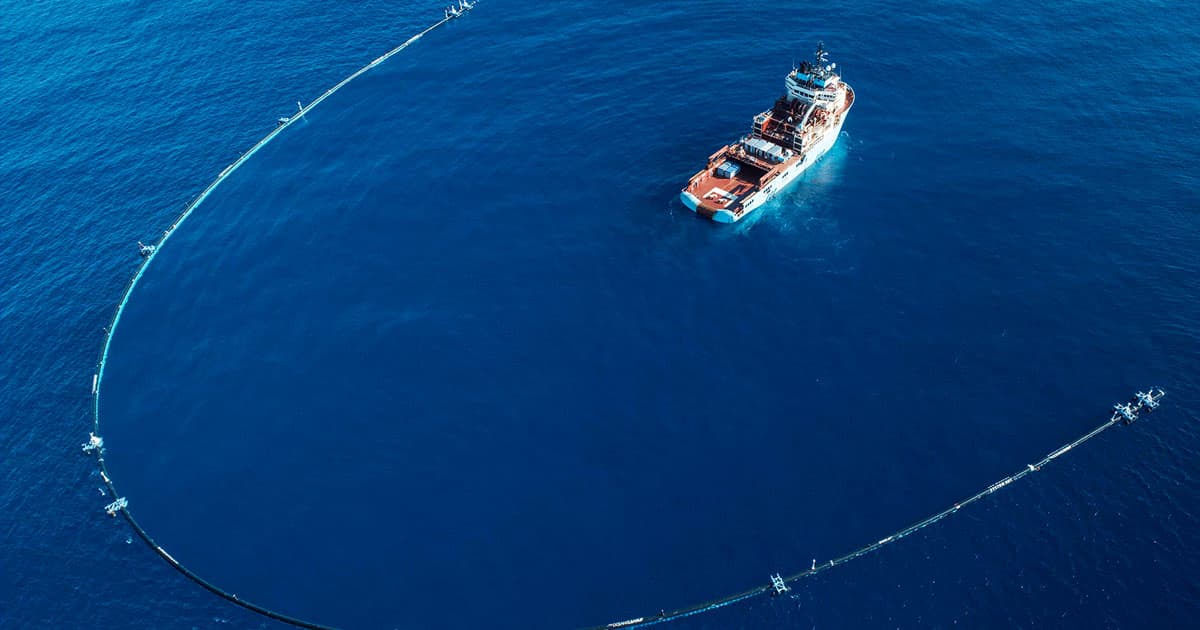 The Ocean Cleanup Project is having a bad month.

The Ocean Cleanup Project is having a bad month.

In Sept. 2018, a nonprofit called the Ocean Cleanup Project deployed a 600-meter-long (2,000-foot-long) device designed to capture plastic floating in the Pacific Ocean.

Now the device is reportedly falling apart — and Ocean Cleanup is dragging it back to Hawaii to assess the damage. Depending on its condition, the nonprofit may then bring it back to San Francisco on a barge.

This isn't the first sign of trouble for Ocean Cleanup. When it prepped to launch, experts questioned whether it could withstand harsh conditions at sea. Three months later, it emerged that the giant device was failing to catch plastic.

Ocean Cleanup became aware of the damage to its device on Dec. 29, according to USA Today, when crew noticed that a pipe had broken free and recaptured it.

The pipe, as it turns out, was made of high-density polyethylene — the world's most popular plastic.