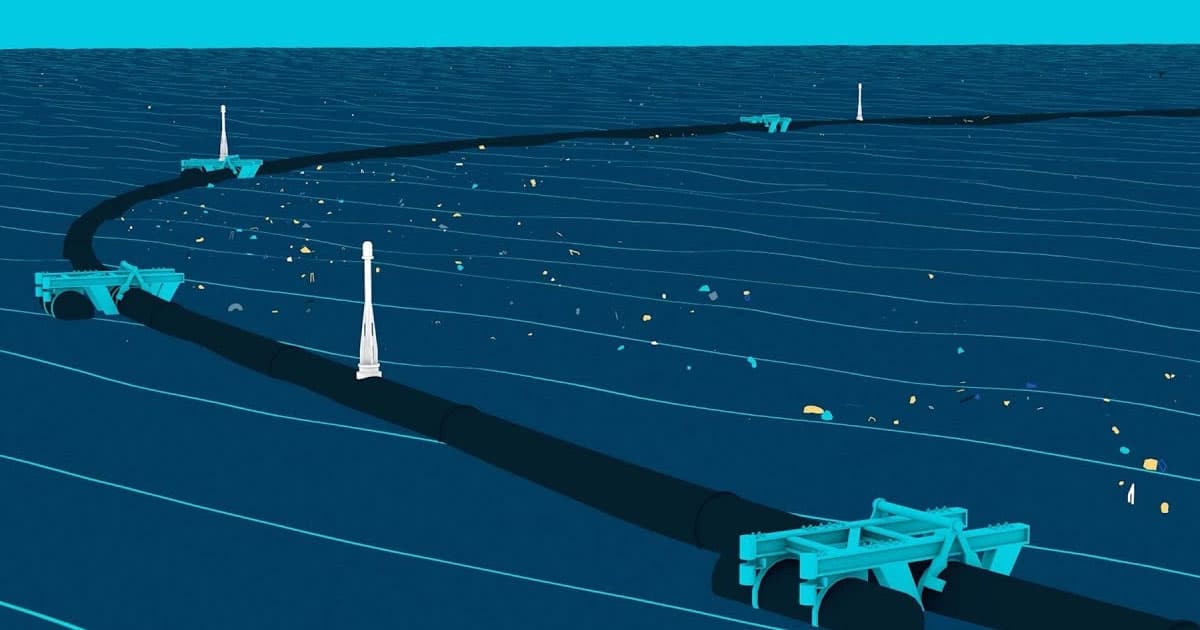 Ocean Cleanup Barrier Isn't Catching Plastic, but Could Be Soon

A plan to clean up the Pacific Ocean is off to a slow start. Literally.

It seems a device designed to corral ocean plastic for removal is traveling too slowly to get the job done — but the 24-year-old behind the project is optimistic that the setback is only temporary.

“What we’re trying to do has never been done before," Boyan Slat told the Associated Press. "So, of course we were expecting to still need to fix a few things before it becomes fully operational.”

In 2013, Slat founded the Ocean Cleanup, a nonprofit focused on addressing the massive amount of plastic currently littering the Earth's oceans. That led to the development of a 600-meter-long (2,000-foot-long) barrier powered by wind, waves, and currents. As the device moves across the water's surface in a giant U-shape, it traps plastic at its center like a giant Pac-Man.

Well, it's supposed to, anyways.

The barrier launched at the end of October, but thus far, it hasn't trapped any plastic. The problem: the device simply isn't moving fast enough.

"Sometimes the system actually moves slightly slower than the plastic," Slat told the AP, "which of course you don’t want because then you have a chance of losing the plastic again."

A fix is already in the works, though. Slat told AP that a team of engineers will reach the barrier on Tuesday. Then, they'll spend the next few weeks tweaking the device to enable it to catch more wind and waves. That should increase the barrier's speed enough to allow it to start capturing plastic, which a support vessel will later remove and return to land for sorting and recycling.

If the Ocean Cleanup is able to get its barrier to work as designed, the next step would be to launch a fleet of the devices. Based on the organization's calculations, it could corral 50 percent of the plastic currently littering the ocean within five years with just 60 barriers — all powered by the ocean's natural forces.

More on ocean pollution: A Huge Trap Is Ready to Start Gobbling up Ocean Plastic “Like a Giant Pac-Man”