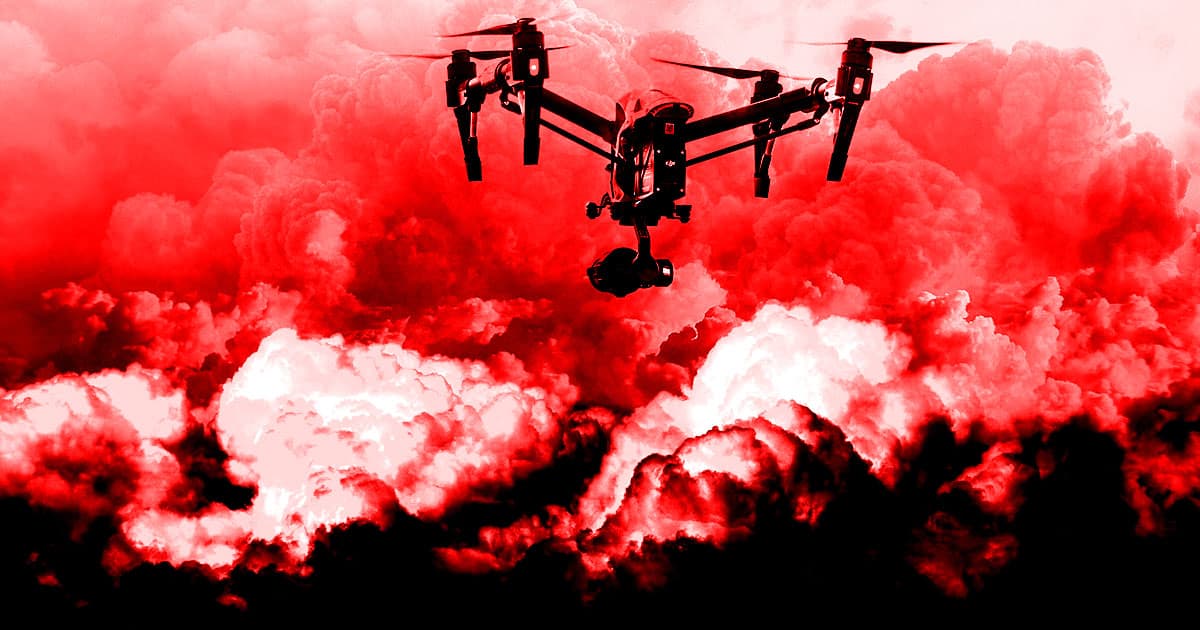 And he thinks the drone might use "a toxic poison" to kill its target.

And he thinks the drone might use "a toxic poison" to kill its target.

To read Australian author and speaker Richard Hames' website, you'd think he's one of the most celebrated futurists of his generation, having accurately predicted everything from 9/11 to the success of Tesla.

Sources backing up those assertions, however, aren't quite so easy to come by online.

Still, Hames' sketchy credentials weren't enough to discourage popular Australian site news.com.au from publishing a veritable laundry list of his latest predictions — including his belief that we're overdue for a drone assassination.

Hames reportedly told news.com.au that he expects someone to use an autonomous drone to assassinate a popular world leader within the next three years — in fact, he's "surprised it hasn’t happened already."

As for where Hames thinks this upcoming drone assassination could go down, he told news.com.au that "the Middle East is just ripe for such an event."

He even thinks he knows what the cause of death might be, noting that he's not ruling out the potential for a drone to "deliver a toxic poison" — a strange weapon of choice given all the gun-toting drones we've been hearing about lately, but if you’re trying to make a name for yourself as the next Nostradamus, you can’t exactly predict the obvious.

READ MORE: Futurist who predicted 9/11 and the GFC says there will be a ‘global crash by the end of next year’ [news.com.au]

More on drone assassinations: Someone Just Used a Drone to Try to Assassinate a World Leader

Brands We Love
Allianz Explorer Series Is Taking NYC on a First-Class Ride to a Sustainable Future
7. 8. 19
Read More
Michio Kaku’s Biggest Predictions About the Future
1. 25. 18
Read More
Will Unmanned Drones Replace Police Helicopters?
8. 30. 17
Read More
+Social+Newsletter
TopicsAbout UsContact Us
Copyright ©, Camden Media Inc All Rights Reserved. See our User Agreement, Privacy Policy and Data Use Policy. The material on this site may not be reproduced, distributed, transmitted, cached or otherwise used, except with prior written permission of Futurism. Articles may contain affiliate links which enable us to share in the revenue of any purchases made.
Fonts by Typekit and Monotype.